Prime Minister Ana Brnabic today expressed her expectation that this year will be even more successful compared to the previous one when it comes to the current reforms, pointing out that the government is already implementing seven of the 10 recommendations that are given in the latest, 12th Gray Book of NALED.

Brnabic emphasised at the presentation of NALED's "Gray Book 12" that the focus and priority is on reforms in three areas – in the health, education and social protection systems.

She explained that there is a concrete action plan in eHealth and that it is expected that the reforms will lead to a significant improvement of our health system.

She also announced a reform of the social protection system, with the aim of making more for the same money for citizens.

Brnabic indicated that three strategic documents would be adopted which, she explained, trace the direction of further transformation.

It is a strategy for industrial development of Serbia, which is expected to be adopted by the end of February, followed by a strategy of smart specialisation, and she also singled out the strategy of artificial intelligence development as important.

The Prime Minister stressed that NALED's recommendations are important and that it is important for every government to be open to this kind of cooperation.

We are proud of everything we have done, and it is essential that we not lose a single day in making Serbia a better society for life and work, the Prime Minister said and recalled that this year, just like the last, the most important reform is the digitalisation of public administration and the introduction of e-government, as the best way to simplify procedures, efficiency and transparency.

I am particularly proud of the fact that we are succeeding in changing the consciousness of public administration, which is actually the most difficult, as well as the principle of "status quo" that is so present not only here but around the world too, the Prime Minister underlined. 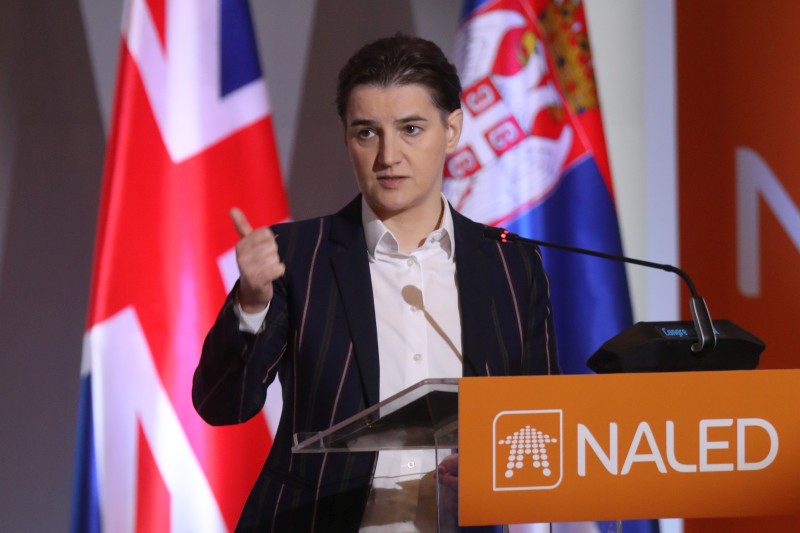