Prime Minister Ana Brnabic meet with Chief of Digital Government at United Nations Vincenzo Aquaro and said that she is extremely pleased over the great progress in digital transformation and eGovernment that Serbia has made.

At the meeting, attended by Acting UN Permanent Coordinator in Serbia Hans Friedrich Schoder and UNDP Permanent Representative to Serbia Francine Pickup noted that this was also assessed at the conference "Digital Cooperation: Transforming Governments", held yesterday in Belgrade.

The Prime Minister stressed that the results of hard work on the overall digital transformation in the past are visible, emphasizing that the greatest potential of Serbia is precisely talented young people.

Digitisation and education are, as she explained, a great development opportunity for our country, and therefore it is necessary to remain a priority of the Government of Serbia in the future.

According to the Prime Minister, working on eGovernment, opening technology parks and data centres in Serbia also opened the possibility for better positioning of our country in the world, as a good and stable investment destination.

The Head of the Digital Governments Division of the UN praised the strong leadership of the Prime Minister and the persistence she showed by persisting in the digital transformation of Serbia, which, he explained, is leading to economic progress and transformation of the entire society.

He particularly praised the achievements of eGovernment reform, reaffirming Prime Minister Brnabic's view that eGovernment is the most effective form of anti-corruption and the best way to provide quality and speedy service to citizens and the economy.

As Aquarro and the UNDP Permanent Representative to Serbia have pointed out, the next step is to encourage and educate citizens to reap the benefits of digitalisation, not only for the young but also for the older population, which can also be productive.

Schoder announced that cooperation with Serbia in the field of digitisation will be continued through a five-year plan that will define specific areas of cooperation.

The officials assessed that the exchange of experience with other countries is very important, and noted that yesterday's conference was attended by representatives of Estonia, Germany, Switzerland, Korea, Slovakia and the United Kingdom, as well as countries in the region, such as Albania and North Macedonia, which is a very good example of collaboration. 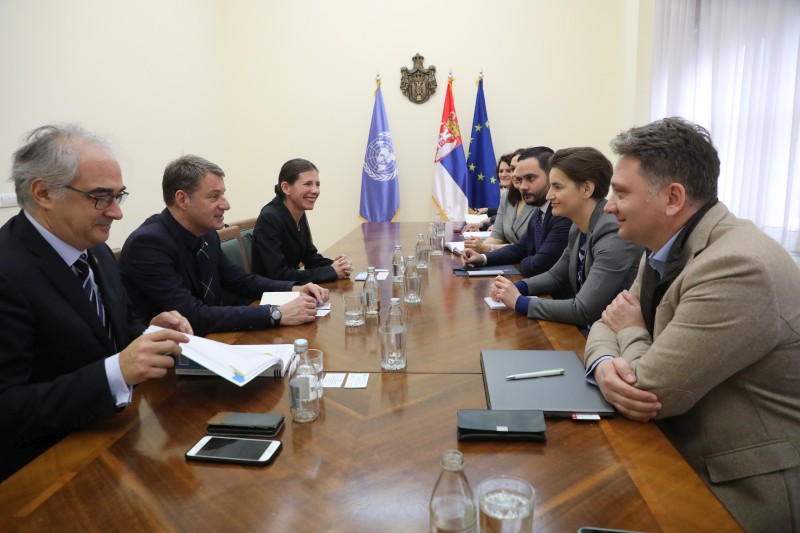