At today's session, the government of the Republic of Serbia formed a working group for systematic solution of air protection issues and appointed Prime Minister Ana Brnabic as president of that body.

The task of the group is to monitor, analyse and discuss the most important issues in the field of air pollution in Serbia, with special attention to systemic problems.

It is also the task of this body to provide an analysis of the situation and propose measures to systematically address the problems identified and to harmonize the views of the competent state authorities and other organizations and institutions dealing with air pollution.

The government also adopted a Bill ratifying the Convention on the International Exercise of Maintenance of Children and Other Family Members.

The implementation of the Convention will provide a standardised and modern system of cooperation between states in this field, a single central authority that receives and sends requests, precise and reasonable deadlines for notifying the status of requests, and establishes an obligation for the competent authorities to act effectively in all proceedings under way.

At the session, the Decision on the formation of the Republic Capital Investment Commission was adopted, which will deal with the adoption of the final list of priority and ready capital projects, as well as their ranking based on strategic relevance, degree of preparedness and feasibility assessment.

The scope of work of the Commission will be to coordinate the various sources of financing in the stages of preparation and implementation of capital projects, as well as to report on their implementation.

The government also made a decision on the designation of Terazije as a spatial cultural and historical entity, as well as declaring the building of the Public Accountancy Office of Yugoslavia a cultural monument. 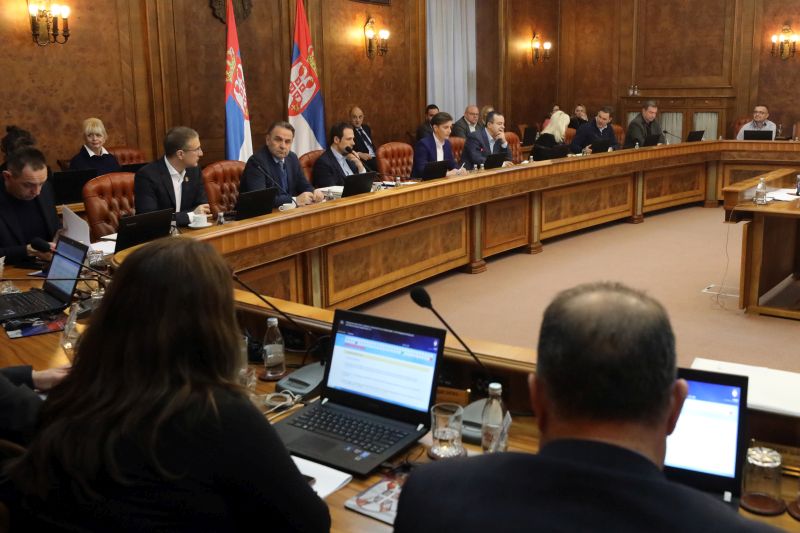