The Serbian government adopted today the Action Plan for the implementation of the 2017-2020 Integrated Border Management Strategy in the Republic of Serbia for 2019, the Decision on the formation of a working group for the coordination and establishment of measures to encourage the domestic construction industry and a number of regulations.

The 2017-2020 Integrated Border Management Strategy in the Republic of Serbia defines the strategic objectives and the objectives of the border police, customs, border veterinary and phytosanitary inspections, as well as part of the objectives related to migration, visas and asylum.

At the session, the Decision on the formation of a working group for coordination and determination of measures for stimulation of the domestic construction industry was adopted, which will be composed of representatives of the Ministry of Construction, the Serbian Chamber of Commerce, the Ministry of Economy, the Association of Serbian Banks, construction and road companies.

The task of the working group is to create an action plan with measures that would make it easier for Serbian companies to get jobs.

At the session, the Decree on the Sustainability Criteria of Biofuels was adopted, with the aim of transposing the criteria from the European legislation into national legislation and establishing a system of their verification, as well as the Decree on the establishment of a state programme for the reconstruction of infrastructure, which is under the responsibility of the local self-government units, damaged or destroyed due to floods and hail in June 2019.

This Decree establishes the State Programme for the reconstruction of communal infrastructure, bridges, second-tier roads and landslide clean-up on certain roads, measures to be taken, timetable for their implementation, deadlines for implementation and state administration authorities in charge of coordination of these activities. RSD 1,200,000,000 have been earmarked for this purpose.

The internal market records will contain accurate data on job vacancies and staffing needs of the state authority, data on employees who want permanent or temporary transfer to another job, and data on unallocated civil servants, with the obligation to make all data available and public.

The government also adopted a Decree establishing the official statistics plan for 2020. 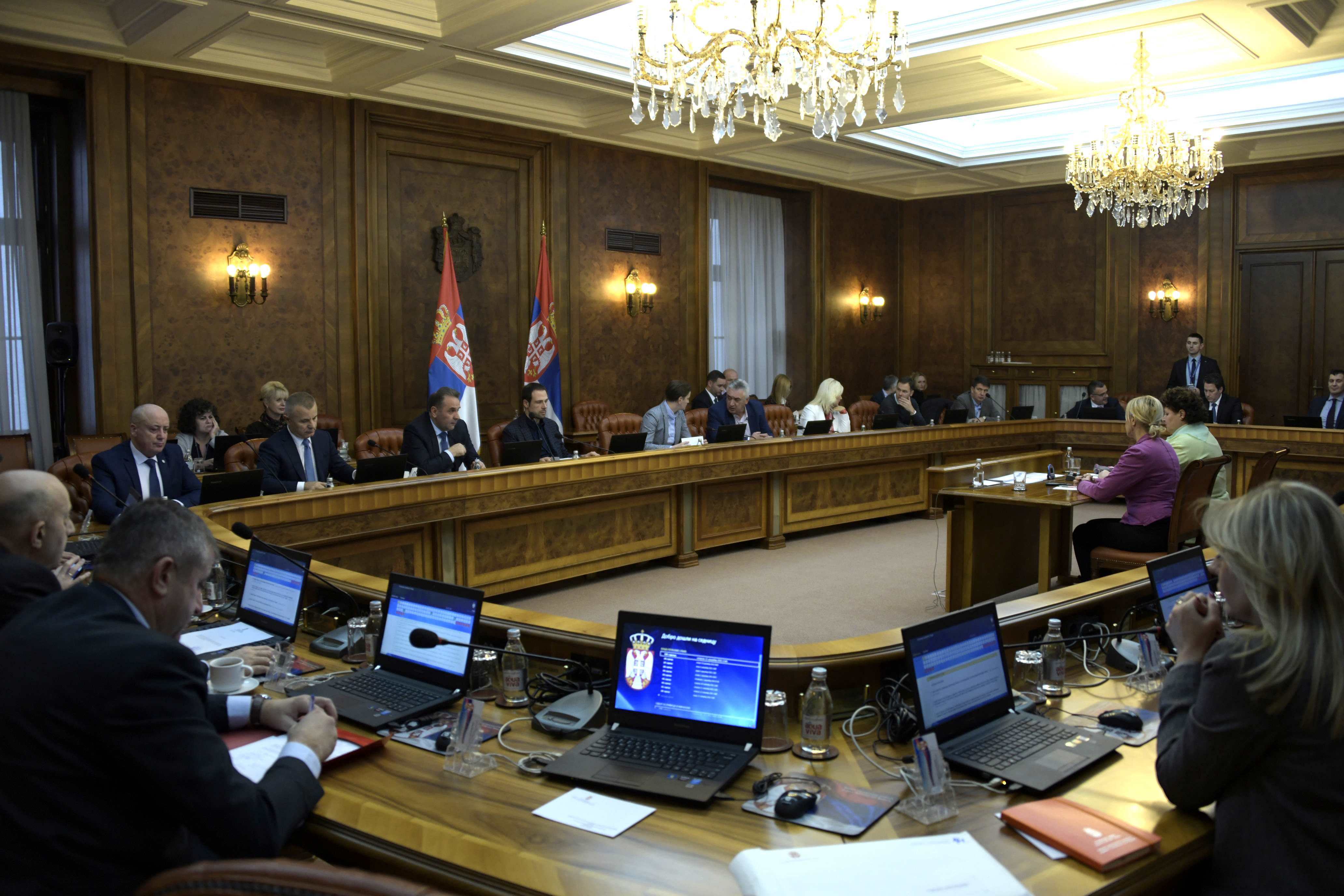