The Serbian government adopted today the 2023 Budget Bill, which foresees total revenues and income in the amount of RSD 1,843.4 billion, which is RSD 133.8 billion, or 7.8 percent, more than the revenues envisaged by the 2022 budget revision.

The 2023 Budget Bill envisages total expenses and expenditures in the amount of RSD 2,107.4 billion. The estimated level of public debt at the level of the general government is decreasing and will remain at the level of 56.1 percent of GDP by the end of 2023.

It is also expected that the Serbian economy will grow by 2.5 percent next year.

At today's session, the Bill on Amendments to the Law on Electronic Invoicing was adopted, which specifies the existing provisions and makes additional adjustments to the existing legal framework, so that the e-invoice system could function even better.

The government also adopted the Bill on Amendments to the Law on Property Taxes, as well as the amended proposals for the Law on Personal Income Tax and the Law on Contributions for Mandatory Social Insurance.

The amendments foresee an increase in the non-taxable amount of salary from RSD 19,300 to RSD 21,712 per month, a reduction in the contribution rate for pension and disability insurance from 25 to 24 percent, and regulation of the taxation of natural persons who earn income from copyright and related rights and contractual fees for work performed on which tax is paid through self-taxation.

It is foreseen that the method of calculating the percentage of adjustment of pensions is determined depending on the ratio of the amount of pensions paid and the monetary amount as an increase with the pension according to the amount of the gross domestic product.

The amended and supplemented proposals of the Law on Value Added Tax, the Law on Fiscalisation, and the Law on Republic Administrative Fees were adopted at the session.

Also, the amended Regulation on the distribution of incentives in agriculture and rural development in 2022 was adopted, which increased the budget of the Ministry of Agriculture, Forestry and Water Management for this year by RSD 16.5 billion and amounts to RSD 78.5 billion, which represents almost 5.3 percent of the tax revenues of the budget of the Republic of Serbia.

An additional RSD 7.7 billion were provided for direct payments related to the milk premium, basic incentives for plant production and incentives in animal husbandry, and RSD 2.87 billion for rural development measures.

Amendments to the Regulation on determining the programme of financial support for agricultural producers of sunflowers in the year 2022 were adopted at the session.

Bearing in mind the movement of sunflower prices on the market and their negative impact on the producer's income, as well as high production costs, funds in the amount of RSD 4,860,000,000 have been secured, which will be used for the implementation of the Programme of financial support for agricultural producers of this oilseed for the year 2022.

The Decision on the temporary ban on the export of Euro diesel EN 590 was also adopted in order to prevent a critical shortage of that petroleum product caused by the global and regional disruption in the market, and with the aim of ensuring a safe supply of the Serbian market.

The government also adopted the amended Regulation on establishing the Programme for the allocation of grants for the purchase of a country house with a garden in the territory of the Republic of Serbia for the year 2022 and for this purpose allocated funds in the total amount of RSD 1,080,000,000. 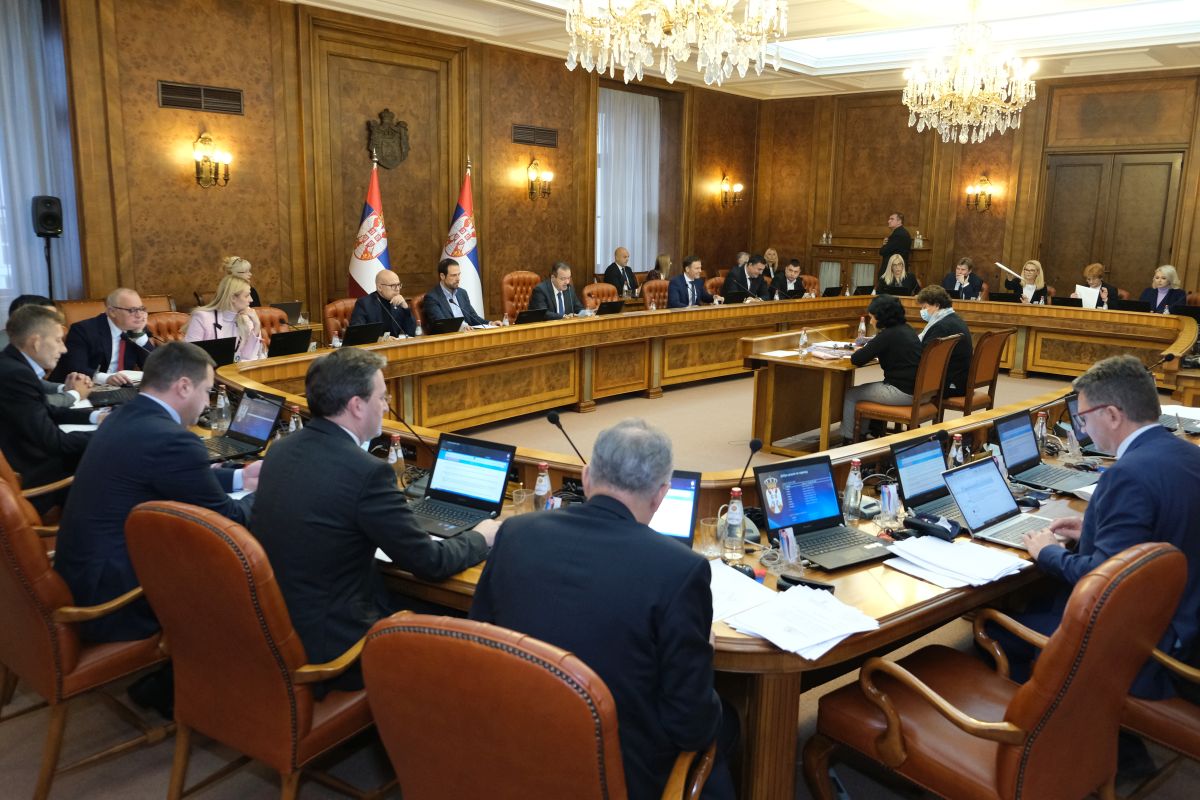