Deputy Prime Minister and Minister of Mining and Energy Zorana Mihajlovic spoke today with Parliamentary State Secretary at the German Federal Ministry for Economic Affairs and Climate Action Franziska Brantner and Special Envoy of the Government of the Federal Republic of Germany to the Western Balkans Manuel Sarrazin about the cooperation between the two countries in the energy transition process, joint projects and plans for the development of the Serbian energy sector.

Mihajlovic spoke with Brantner and Sarrazin in Belgrade during the "Dialogue on Green Energy Transition" conference and this meeting was also attended by German Ambassador to the Republic of Serbia Anke Konrad. During the meeting, Mihajlovic said that Serbia has adopted a completely new legislative framework and, for the first time, the Law on the Use of Renewable Energy Sources, which is the basis for new investments and the most important pillar of energy policy.

It was the crisis that showed us how important it is to use solar and wind energy, to talk about hydrogen, energy storage, because this is the only way to have stability in power supply and not depend on anyone in the future. Energy independence is also energy security and that is a matter of national security, Mihajlovic stated.

The Deputy Prime Minister pointed out that the partnership with FR Germany has lasted for 71 years, and when it comes to cooperation and investments in energy, it has existed for two decades.

Projects with KfW Bank alone are worth more than €1.4 billion. We work together on everything related to the green economy and energy, and the challenging times we are facing show that today more than ever it is important to have energy stability regardless of all the problems that we are facing, said the Deputy Prime Minister.

She said that the Ministry of Mining and Energy has started energy efficiency improvement projects thanks to the Law on Energy Efficiency and Rational Use of Energy.

We will continue to work together and have discussed how to accelerate the move away from dirty, fossil fuels and at the same time accelerate the increase in renewable energy sources. To get out of coal, and at the same time have more capacities for energy production from renewable sources. It is important for us that we will work together on this and that we have the support of the German government and their economy, she underlined.

Brantner stated that the meeting with Mihajlovic was excellent and that she is glad that Serbia and Germany share the same goals when it comes to energy transition and the green agenda, noting that they will work together to increase the number of jobs in this field.

It is important to accelerate the development and number of capacities that use renewable energy sources, because this is an important factor for our economy and German investments. All our companies look for security when they want to invest. They need enough energy, especially from renewable sources, because each company has its own decarbonisation plan, Brantner said. 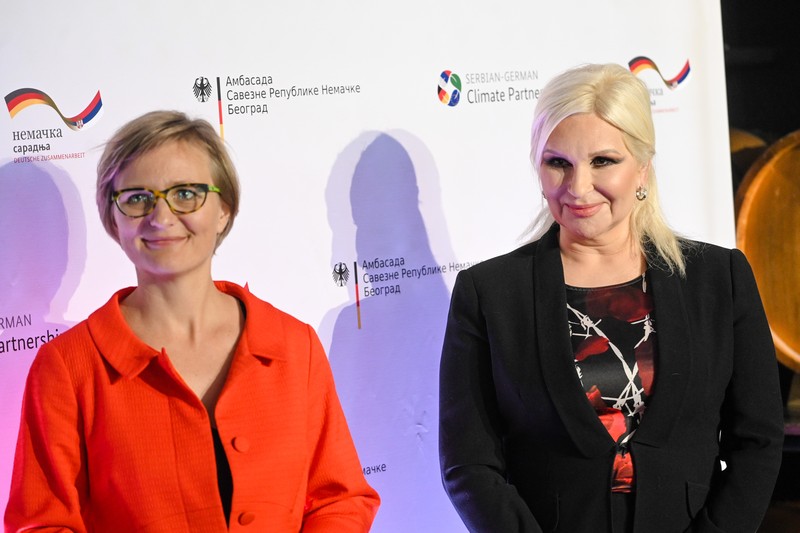