Minister of Foreign Affairs Nikola Selakovic stated today at a ministerial meeting of the Non-Aligned Movement (NAM) in New York that Serbia makes efforts to develop and deepen relations with this movement’s member states.

Addressing the ministers of NAM member states, Selakovic explained that Serbia, as a country that is militarily neutral and committed to its strategic orientation, which is full membership in the European Union, is simultaneously working to strengthen old, traditional friendships with African, Latin American and Asia-Pacific countries in the hope that the strengthening of those ties will be mutually beneficial for our peoples.

Recalling that, despite the fact that from the very beginning the Movement was made up of states of different identities, cultures, religions and political-economic systems, Selakovic noted that the Non-Aligned throughout their existence managed to grow, based on ten founding principles, which never lost its importance and actuality.

He pointed out that he is proud of the fact that last year's high-level meeting on the occasion of the 60th anniversary of the first conference of the Non-Aligned Movement, which was held precisely in Belgrade, where the first conference took place, sent a strong signal that we do not forget old friendships, but also that the founding principles of the Movement have a timeless value and special significance.

Although the world today is in many ways different than it was in 1961, we still face similar challenges. That is why today it is necessary to work additionally on strengthening multilateralism and understanding the multipolarity of the world order, said the Serbian Minister of Foreign Affairs.

He pointed out that for Serbia it is of particular importance to respect sovereignty and territorial integrity, which is described in the UN Charter, but also in another founding principle of the Non-Aligned Movement.

On this occasion, Selakovic thanked numerous members of the Movement who stand by Serbia and who remained consistent with the principles of respect for international law, not recognising the unilaterally declared independence of "Kosovo". 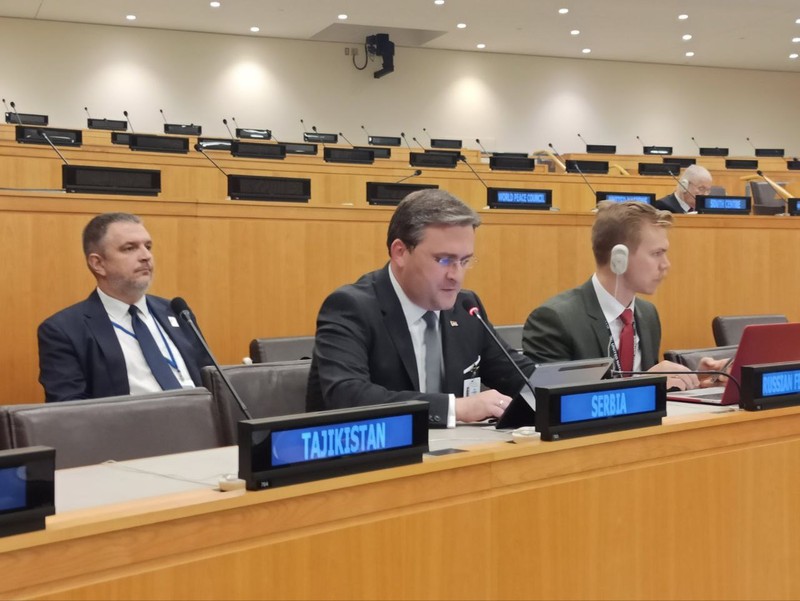