Minister of European Integration Jadranka Joksimovic spoke today with Minister of Foreign Affairs and Trade of Hungary Peter Szijjarto about Serbia's European path, bilateral relations between the two countries, and the situation in the region.

Joksimovic expressed Serbia's complete readiness to continue the reform process on the path to accession to the European Union, and emphasised that we expect a political intergovernmental conference to be held during the current presidency of the Czech Republic to the EU as a new step in the accession process.

She added that even in very difficult geostrategic circumstances, which significantly affect the quality of life globally, including the citizens of Serbia, we continue to implement all reforms from the accession process, which will further contribute to the sustainability of our society as a whole, especially in the field of the economy and rule of law.

The Minister stated that our common key tasks are to ensure stable supply flows of energy and food during the winter, primarily in cooperation with European partners and in enhanced and solidary coordination with our Hungarian neighbours.

Szijjarto said that his country provides strong support for Serbia's accession to the EU and partnership with Serbia in numerous areas.

He particularly pointed out that Hungary recognises the importance of the "Open Balkans" regional initiative, as an additional joint effort to maintain stability and peace in the region and accelerate the prosperity of the Western Balkans, as well as the path to membership in the Union.

The two officials positively evaluated the efforts to initiate the cooperation of European states within the boundaries of the European political community, stressing that this format is not a substitute for full membership in the EU, which remains the main foreign policy priority of our country. 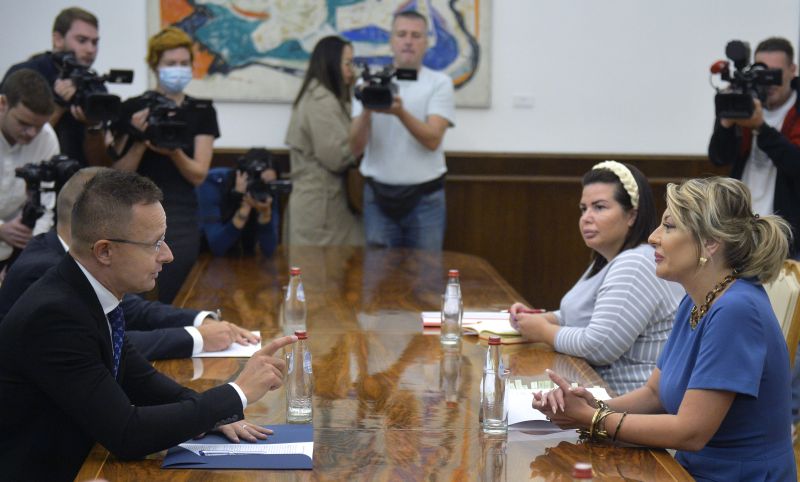