The Serbian government adopted today amendments to the Decree on the plan of health care under the compulsory health insurance in the Republic of Serbia for 2022, which will raise the age limit for women wanting to undergo the artificial insemination procedure from 43 years of age, as it has been the case so far, to 45.

With this decision, the government enabled a larger number of women, who are either married or in a cohabiting union, to get their first or second child by the age of 45 through an artificial insemination procedure financed from the compulsory health insurance.

This decision will allow for the reduction of prices in relation to the average prices in shops, namely, of pork shoulder by RSD 173 per kilo, pork neck by RSD 218 per kilo and pork loin by RSD 150 per kilo, while at the same time it will enable to level the price of pork leg.

The government also made a decision to limit the price margin for the sale of chicken meat to a maximum of 10 percent.

The amended decision on temporary ban of export of Euro diesel EN 590 was adopted, by which the ban is extended from seven to 14 days, with the aim of preventing the shortage of this petroleum product, caused by global market disturbances.

The government passed a decision on temporary abolition of visas for entry into Serbia for citizens of the Arab Republic of Egypt, given that an increased number of tourist visits by citizens of this country is expected, as well as of potential investors, with the aim of creating a more favourable business environment and improving bilateral relations.

The decision is unilateral and after its coming into force, the citizens of Egypt who are holders of ordinary passports will be able enter, be in transit and stay in the territory of Serbia for up to 30 days without a visa, in the period from 30 July to 30 September this year.

This decision is applicable in case they travel as part of an organised tourist group and have a proof of paid package tour, proof of secured return to the country of origin and an invitation letter from a tour operator in Serbia which is the organiser of the trip. 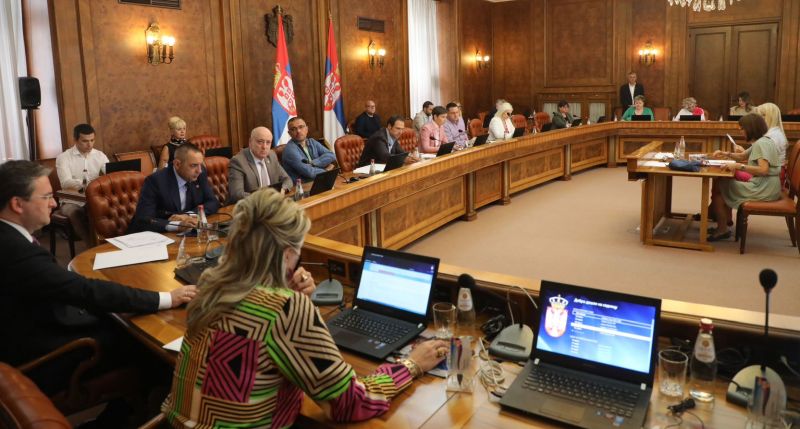