Prime Minister Ana Brnabic stated last night that the only way to preserve self-sustainability in times of crisis is cooperation with everyone in the region, which is why the "Open Balkans" initiative is important.

In a televised appearance on the Hit Tweet show on Pink Television, Brnabic emphasised that the recent visit of Prime Minister of Montenegro Dritan Abazovic to Belgrade was very important, adding that our country wants the best possible relations with everyone in the region, because that ensures prosperity and better results in every sense.

The Prime Minister pointed out that Serbia is safe as far as food is concerned and added that everything that happens to the European economy directly affects us as approximately 67 percent of investments in Serbia are from the member states of the European Union.

Brnabic described as scandalous both Pristina's decision regarding Serbian license plates and personal documents and the EU's reaction on the matter, underlining that the point of all this is to continue making pressure on Serbs in Kosovo and Metohija.

Brnabic said that all this is happening after the energy agreement has been reached, which is extremely important because it ensures energy security for Serbs, especially in the north of Kosovo and Metohija and control over Gazivode and Valac.

The Prime Minister pointed out that under the Brussels agreement, the prerequisite for the energy agreement was to establish the Community of Serb Municipalities, and then the Community to register Elektrosever.

According to her, we will never give up on talks with Pristina because negotiations guarantee the safety of Serbs in the province in the best way. 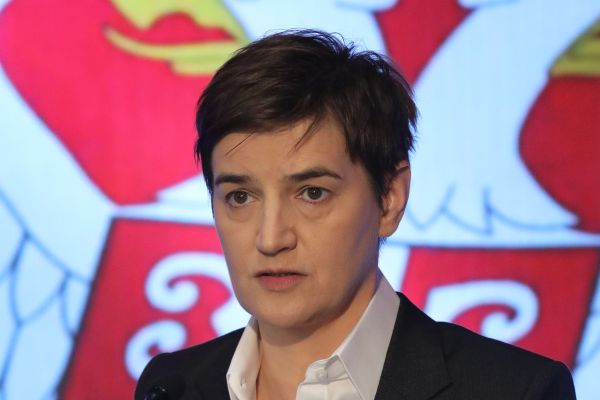