Growing interest of French companies in investing in Serbia

Brnabic sent congratulations to French President Emmanuel Macron on his new mandate and underlined that his re-election to the position of head of state is of exceptional importance not only for Serbia and the Western Balkans, but for stability of the entire European continent and the European Union too. The Prime Minister also sent congratulations to new prime minister Elisabeth Borne.

She underlined that citizens of our country have special respect and emotions for France and that is why it is important to discuss all topics openly, especially bearing in mind that Paris sincerely recognises the specific position of Belgrade in the light of current developments.

In that context, the Prime Minister highlighted the principled position of the Republic of Serbia on the need to respect international law, and recalled that Serbia unequivocally declared itself on that matter at the United Nations.

The Ambassador of France informed Brnabic on the results of the French presidency of the Council of the European Union to date in changed international circumstances.

He highlighted the attention which France, as the country presiding over the Council of the European Union, dedicates to the Western Balkans. In that context he confirmed the holding of the EU-Western Balkans Conference at the end of the French presidency and called on the Serbian government to take an active role in its organisation.

Speaking about bilateral relations, Cochard underlined that good news are prevailing in that field and pointed to the increasing interest of the French Development Agency in investing in Serbia.

He also spoke about good potential for cooperation in various fields, including education and energy, and about the interest of other French companies in investing in Serbia. 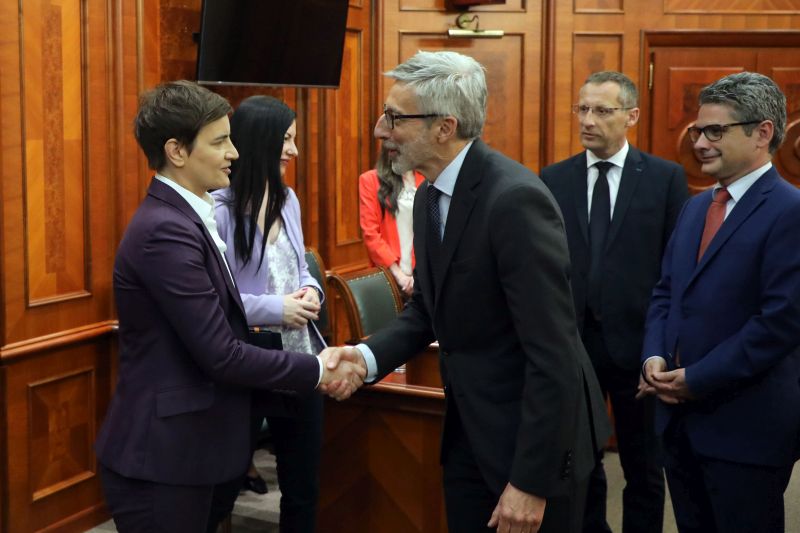