Serbia’s goal to enter EU as soon as possible

Prime Minister Ana Brnabic stated in Florence today, at the State of the Union conference, that the strategic goal and priority of our country is membership in the European Union (EU) and that the same goes for the entire region of the Western Balkans.

Speaking at the panel “Crisis and Change – European Perspective of the Western Balkans”, which was attended by EU Special Representative for the Belgrade-Pristina Dialogue Miroslav Lajcak and Austrian Foreign Minister Alexander Schallenberg, Brnabic underlined that the sooner we enter the EU, the better.

She voiced her hope that the war in Eastern Europe, in Ukraine, will bring the enlargement process back into focus, and that EU Member States who opposed it will change their minds and realise that it is a priority for all.

She noted that the entry of the Western Balkans into the EU is not even enlargement, but "inclusion", given that this region is surrounded by EU Member States.

It would be a big mistake and it would not be fair if the EU neglected the Western Balkans and opened the door to someone else, regardless of the political situation, she assessed.

According to Brnabic, if you look at Serbia, the average wage, its public debt, fiscal stability, unemployment rate and infrastructure, you will see that according to all these parameters Serbia is ready for membership.

The European Union is a peace project and we want to be part of it, the Prime Minister reiterated and pointed out that the EU cannot constantly postpone some decisions, citing the example of North Macedonia, which changed its name and has not yet opened negotiations.

The Prime Minister added that Belgrade has nothing against visa liberalisation for Pristina, because open issues will perhaps be resolved more easily, given that dialogue is not going in the right direction now and the real question is whether we have dialogue at all.

She said that besides European integration, another key thing for Serbia is regional stability and cooperation. Illustrating the importance of cooperation with the EU and the region, she stated that 65 percent of Serbia's exports go to the EU market and 17 percent to the region.

Brnabic also pointed to the importance of the "Open Balkans" regional initiative, which consists of Serbia, Albania and North Macedonia and added that others from the region are invited to join in.

Addressing the press after the meeting in Florence, the Prime Minister said that she also talked with High Representative of the European Union for Foreign Affairs and Security Policy Josep Borrell about the dialogue between Belgrade and Pristina, enlargement of the European Union and the situation in Ukraine.

We talked about the dialogue between Belgrade and Pristina, we don't have very good news there, but we are doing our best and we always send the same message - that peace and stability are the most important for us, she said.

Brnabic stated that regional peace, stability, connecting and cooperation are what will give everyone space for further economic growth and development in the current extremely difficult times, especially for the European continent.

The Prime Minister also talked in Florence with the President of the European University Institute, which organised the State of the Union conference, about Serbia's joining the institute. 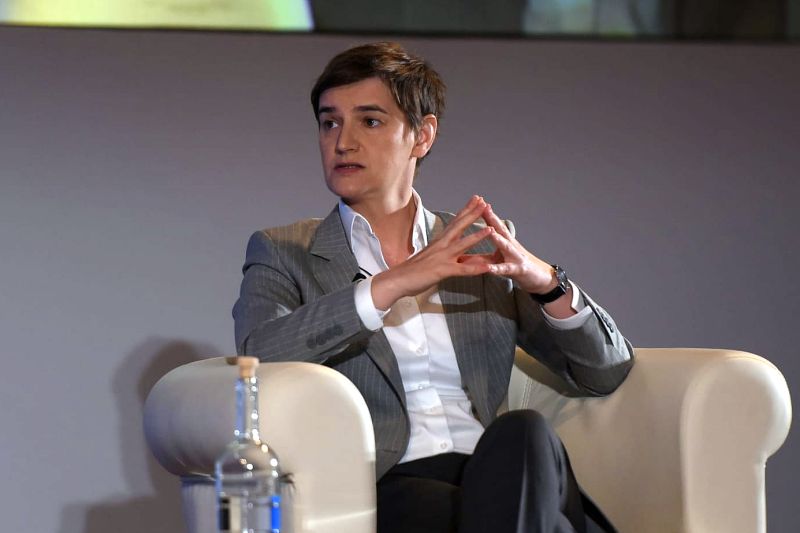