Gratitude to Brazil for support in international organisations

Selakovic stated that our bilateral relations are characterised by a high degree of understanding and support on the most important issues, adding that Serbia is committed to improving overall relations with Brazil.

The Minister pointed out that it is necessary to intensify political dialogue at high and the highest level and sent an invitation to Brazilian Minister of Foreign Affairs Carlos Alberto Franco França to visit Serbia.

He also highlighted the importance of regular dialogue between the two foreign ministries, expressing our readiness to organise bilateral political consultations in Belgrade this year.

Selakovic thanked Brazil for its principled position on the issue of Kosovo and Metohija, its commitment to consistent respect for international law and the full implementation of legally binding international documents.

He especially referred to the support that this country gives Serbia in the UN, emphasising the importance of the fact that at the recent session of the UN Security Council on the work of UNMIK, the Brazilian delegation linked peace and stability in our southern province to full implementation of UN Security Council Resolution 1244.

The Minister added that it is very important for Serbia that at this session Brazil called for a full implementation of the Brussels agreement.

Selakovic and the Ambassador of Brazil to Serbia examined the economic cooperation between the two countries, which is significantly below its potential and does not follow the existing high level of political relations between Serbia and Brazil, according to a statement from the Ministry of Foreign Affairs. 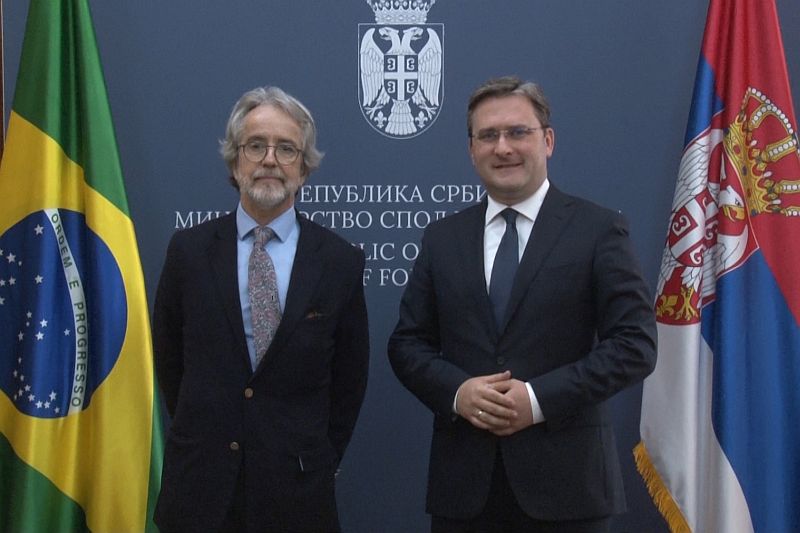