EU has shown it is seriously counting on Serbia

Prime Minister Ana Brnabic assessed tonight's visit to Brussels as successful, stating that the meetings she had with officials show how committed the European Union is to Serbia.

Addressing the press, Brnabic pointed out that this is something that does not happen often and speaks of how much the EU is committed to Serbia and how much attention it pays to the reforms we have implemented in the last few months, including the referendum.

She said that everyone, without exception, congratulated on the success of the referendum on changing the Constitution in the field of justice, assessing that it is important for the field of rule of law.

It was a hard day, but certainly successful. I think that all this speaks of the status of Serbia in relation to the EU at the moment, said the Prime Minister.

Answering the question about the position of the newly elected President of the European Parliament Roberta Metsola on the issue of enlargement, Brnabic pointed out that her position is in agreement with the European Commission, and that the enlargement agenda is one of the most important things.

She said that she thanked the MEPs for their participation in the inter-party dialogue and announced that she would have a new meeting with them on Friday, noting that she had invited the new EP president to visit Serbia.

According to her, what is also important and what that attitude towards Serbia shows is that her first official meeting in Brussels as the EP President was with a delegation from Serbia. 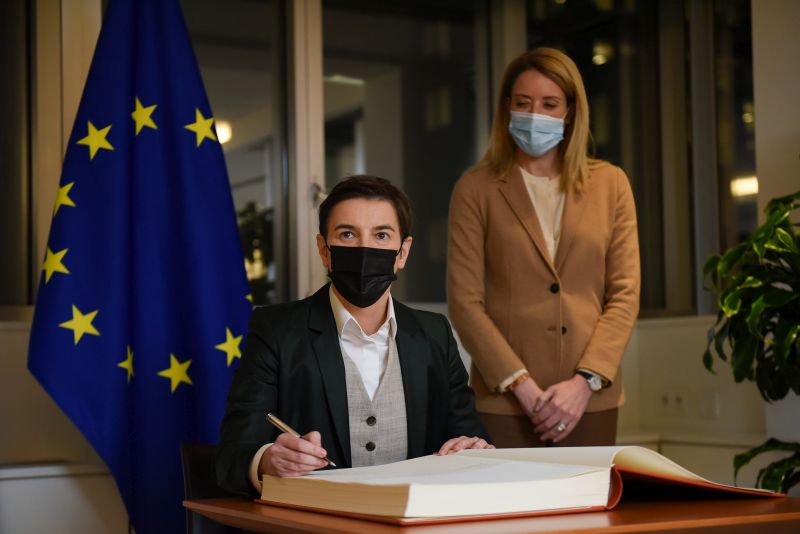