Big step made in continuation of Serbia's European integration

Prime Minister Ana Brnabic stated today in Brussels, after the meeting of the EU-Serbia Stabilisation and Association Council, that the success of the referendum on constitutional changes in the judiciary is a big step forward European integration of our country.

At a joint press conference with EU High Representative for Foreign Affairs and Security Policy and Vice President of the European Commission Josep Borrell and Commissioner for Neighbourhood Policy and Enlargement Negotiations Oliver Varhely, Brnabic said that Serbia will continue with reforms in four most important areas – the rule of law, public administration, the economy and the Green Agenda.

The Prime Minister said that work on reforms in the field of rule of law will continue without a break, with all partners, in order to form a Working Group without delay and start work on a set of laws in the field of justice.

The Prime Minister announced that reforms in the field of public administration will continue, which will strengthen the market economy and the economy in general.

Also, as she emphasised, the reforms related to the Green Agenda, the improvement of environmental protection and the transition to a green, sustainable and circular economy will be continued.

According to her, the growth of the GDP of Serbia in 2021 amounted to 7.5 percent, which is one of the best in the whole of Europe, and the average salary in December last year was higher than 600 euros.

Brnabic stated that foreign direct investments in 2021 amounted to 3.9 billion euros, which shows that Serbia is a stable destination for investments, noting that more than 60 percent of those investments are from EU member states.

It seems to me that we have never gone to the European Union in such a positive way before, said the Prime Minister, pointing out the importance of regional cooperation, because everything that has been achieved since 2014 so far can be disrupted. if there is no peace and stability in the region.

According to her, regional cooperation, better connections and understanding in the region are key to the further process of European integration.

A large part of the talks referred to regional connections, cooperation and relations in the region, and what Serbia is doing and can do to make the region even more stable and secure and to progress even faster towards the EU, Brnabic said. 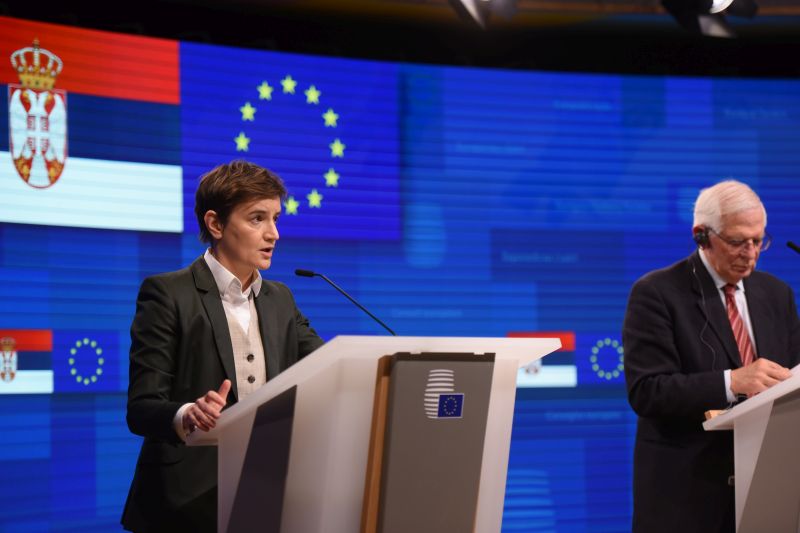