Today, Stefanovic visited the Imperial War Museum in London, whose exhibition also includes extensive material dedicated to the participation of the Serbian army in the First and Second World Wars.

The museum was founded during the First World War in 1917 and today has one of the world's richest collections of personal archives, official documents, photographs, film and video material, an extensive library, a rich art collection, military vehicles, aircraft and military equipment, and other artifacts that preserve the memory of the two greatest war conflicts in human history.

During his visit to the United Kingdom, Stefanovic will meet with British Defence Minister Ben Wallace and the British Government's Special Envoy for the Western Balkans Stuart Peach, while in Parliament he will hold talks with Tobias Elwood, chairman of the Defence Committee, and Andrew Bridgen, chairman of the Parliamentary Group for Friendship with Serbia of the House of Commons.

The Serbian government delegation on the visit to the UK will also include Assistant Minister for Material Resources Nenad Miloradovic, Assistant Minister for Defence Policy Predrag Bandic and Head of the Intelligence and Reconnaissance Directorate of the General Staff of the Serbian Army Brigadier General Miroljub Cupic, according to a statement from the Ministry of Defence. 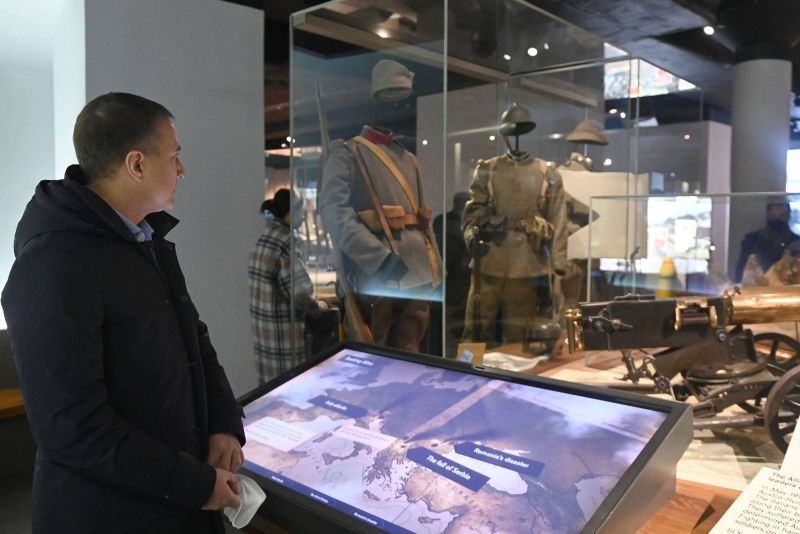