Prime Minister Ana Brnabic held a master class today for students of Northwestern University in Chicago, who attend a master's programme in engineering management and shared their experiences gained while working in the private sector and later as Prime Minister.

Prime Minister Brnabic gave a master class to the engineers of that university due to the world-renowned progress in the field of digital transformation and spoke about her leadership path that led to the strong growth of the IT sector in Serbia.

In addition to master students and professors from Northwestern University, the lecture was attended by former students, today serial investors and partners in large investment funds, such as Harry Kramer, former CEO of the leading biomedical company Baxter International, worth billions of dollars and bestselling author on leadership.

In an online conversation, Brnabic said that the experience she gained during her schooling in the United States was very important, because it was pragmatic and applicable in her future career.

The students were interested in the most important lesson that could be conveyed to them, and the answer was – to gather a team of experts who are ready to create things and take responsibility at the same time.

According to Brnabic, one of the most difficult challenges she faced as prime minister was to convince citizens to accept innovations such as those introduced in the field of digitalisation.

In support of that, the Prime Minister stated that five years ago it was almost inconceivable that all necessary documents would be available on "one click", and that the digitalisation process would soon be completed, thanks to which all Serbian citizens will have high speed internet by 2025 at the latest.

Asked to compare the decision-making of senior management in companies with the methods of decision-making in the government, Brnabic said that these are practically incomparable things, because as Prime Minister she makes decisions in one day in many areas - from infrastructure development and finance to decisions in related to culture, investment and energy.

Speaking about the most significant successes during the mandate in Nemanjina 11, Brnabic stated that a large number of young and educated people returned from abroad, that she has constant communication with world experts and the Serbian diaspora regarding digitalisation and the IT sector, thanks to which reforms have been implemented.

The Prime Minister of Serbia told the students at the end of the class that they do not always have to have the right answer to the questions asked by their professors, but that it is extremely important to have a dialogue and not be afraid to ask questions.

The lecture was held in the master's programme in engineering management, which is globally known as the MBA (Master of Business Administration) for engineers.

Northwestern University is one of the most prestigious universities in the world, especially after the Kellogg School of Business and McCormick Faculty of Engineering, whose programs are ranked in the top 10 best world engineering programs on the Shanghai list. 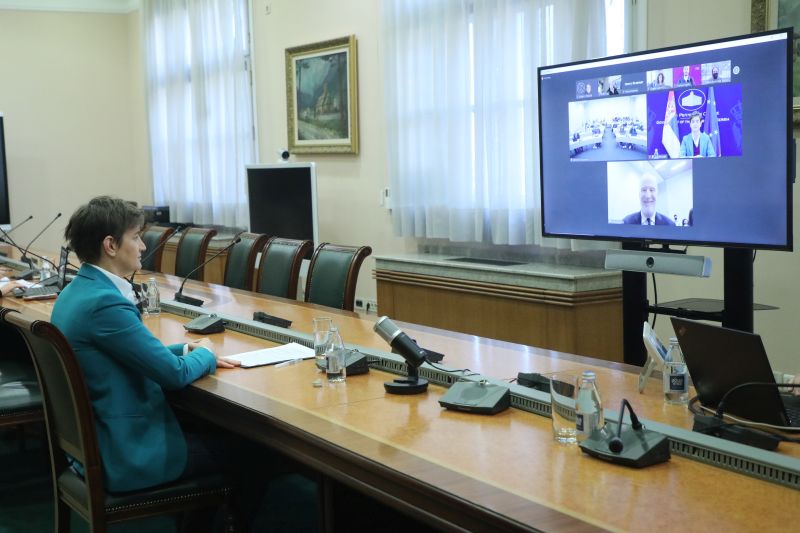