The new laws bring significant innovations in terms of protection of rights in election procedures and easier candidacy of political parties of national minorities, as well as in terms of organisation and transparency of the work of election administration bodies.

The proposed solutions were created, on the one hand, as a result of parallel inter-party dialogues on election conditions with the participation of representatives of the European Parliament, i.e., without their participation.

Also, the recommendations of the Office for Democratic Institutions and Human Rights of the Organisation for Security and Cooperation in Europe (ODIHR) on monitoring election procedures in the Republic of Serbia were implemented.

The government of Serbia adopted the Bill on Financing Political Activities, which provides transparent monitoring of costs during and after the election process.

A novelty in the Bill is that political entities can borrow exclusively from banks and other financial organisations for which this is their main activity.

In order to further harmonise with the election regulations, the Government adopted the Bill on Amendments to the Law on Out-of-Court Procedure, which refers to the voting right of persons partially deprived of legal capacity.

At today's session, the Bill on Amendments to the Law on Prevention of Corruption was adopted, which was created as a result of the Inter-Party Dialogue, concluded in the National Assembly and refers to the obligations of public officials when it comes to membership and functions in political entities and prevention of corruption.

The proposed solutions significantly affect the creation of a climate of trust in the upcoming election campaign, and further harmonization with European Union standards.

The government of Serbia has adopted the Conclusion on the amount of the fee for RT-PCR and antigen testing for the presence of the SARS-CoV-2 virus at the personal request of public health institutions. 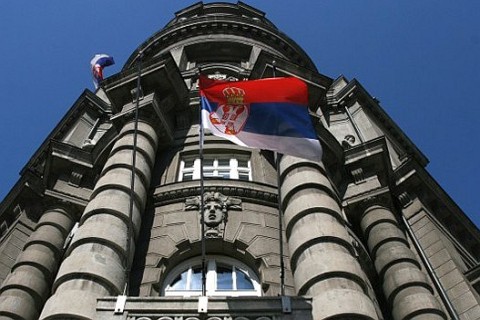