First Deputy Prime Minister and Minister of Education, Science and Technological Development Branko Ruzic and French Ambassador to Serbia Pierre Cochard signed today the Agreement on cooperation in the field of French language teaching in educational institutions in Serbia, whose aim is to increase the number of students learning French.

After the signing of the agreement, Ruzic underlined that this is the third such agreement in a row, with the previous two being signed in 2017 and 2019.

Ruzic noted that Francophile tradition is very much present in the academic work and recalled that French has been taught in elementary and secondary schools in Serbia, as well as at institutions of higher education, for a very long time.

At the moment, around 69,000 pupils in 350 elementary schools in Serbia learn French, 27,000 students in 187 secondary schools, as well as 215 students at five schools for students with disabilities, Ruzic specified and added that bilingual teaching takes place at seven schools.

Cochard said that the French Embassy is working with the competent ministry on strengthening the French language in the educational system and on teacher training.

The agreement mentions a network of upper primary school students and this gives us a framework for continuing joint efforts to spread the French language, he stated and underlined that a drop in the number of students learning French has been noticed, but that he believes that this tendency will now change. 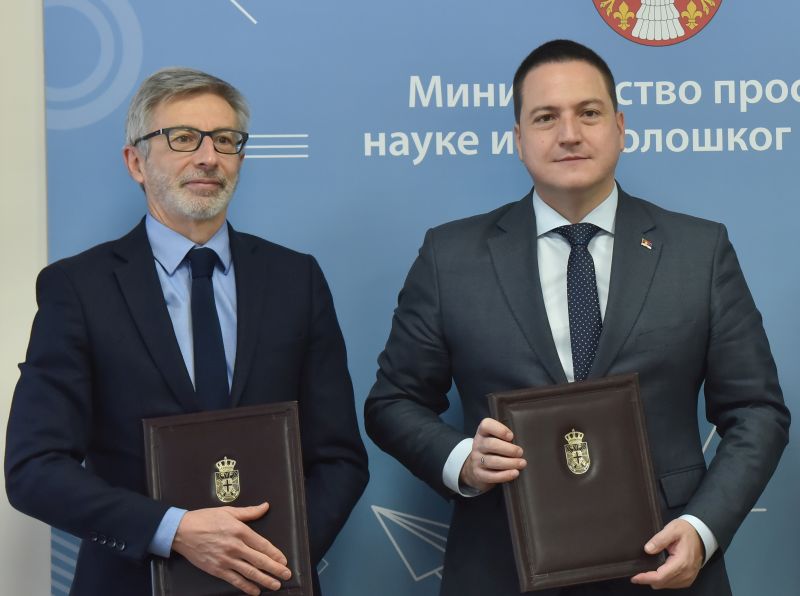