Minister of European Integration Jadranka Joksimovic stated that at today’s regular meeting of permanent representatives of the EU Member States to Brussels (COREPER), the decision on opening cluster 4 – Green Agenda and Sustainable Connectivity – in the accession negotiations with the Republic of Serbia has been confirmed.

In a written statement to the press, Joksimovic underlined that the formal opening of cluster 4 will take place at the Intergovernmental Conference of the European Union and Serbia in Brussels on 14 December.

“By opening clusters, the EU shows recognition for all our efforts in the field of the rule of law, judiciary, fight against corruption, organised crime. The resolve of the Republic of Serbia to better its judiciary by making amendments to the Constitution in the field dealing with this subject matter has been particularly acknowledged.

A serious, inclusive and transparent procedure for changing the Constitution has been carried out, and the goal of these reforms is precisely to prevent political influence on the judiciary, to strengthen the efficiency and independence of courts and the judicial power, which will enable all citizens of Serbia a fair approach to justice and the judicial system.

Additionally, with this decision the EU has confirmed everything we have done in terms of fulfilling criteria and standards of the Green Agenda, first and foremost regarding environment, energy and sustainable connectivity.

The opening of cluster 4 will help intensify cooperation between Serbia and the EU in terms of boosting investment capacity in the above-mentioned fields and further joint work in all segments of EU sectoral policies within cluster 4”, Joksimovic concluded. 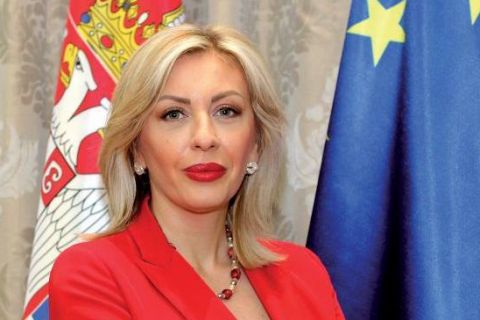