The Serbian government adopted today the Capital Market Bill with the aim of achieving greater transparency and responsibility in business, creating and developing financial instruments that are offered on the capital market and thus in turn creating a more attractive market for both domestic and foreign investors.

The adoption of the new capital market law will enable the harmonisation of the domestic legal and institutional frameworks with the EU acquis and a greater degree of investor protection and legal security.

The government adopted changes and amendments to the Bill on Electronic Invoicing, which enables the economy and the public sector to have the transition period for switching over to the new system of electronic invoicing until the end of April next year.

The government passed changes and amendments to the Bill on Determining the Second Guarantee Scheme as a Measure of Additional Support to the Economy Due to the Prolonged Negative Impact of the COVID-19 Pandemic Caused by the SARS-COV-2 Virus.

The changes and amendments allow for an exception in terms of Serbia’s possibilities to offer guarantees for loans that can be approved to the users that fall under the category of sole proprietors, micro, small and medium-sized enterprises that operate in the sectors of passenger transport and hospitality industry in cities, provided they previously, prematurely and in full, paid their loans that had been approved under the first guarantee scheme.

Bearing in mind the role that the electronic media have in the system of public information, particularly during an election campaign, and starting from the fact that dialogue is an important part of the European path and perspective of Serbia, as well as that the proposed measures are applicable and that they can help in the creation of climate of trust and changes in the favour of citizens and in line with standards of the European Union, the government adopted changes and amendments to the Bill on Electronic Media.

The changes and amendments stipulate new obligations for the providers of media services in the field of the electronic media. They are required to publish fees for political advertising before the election campaign, with the rule that the criteria according to which the price of political advertising and payment conditions are set must apply to all election candidates and all those that submit declared election lists or declared candidates.

The government passed the Decree on the Participation of the Public in the Preparation of Certain Plans and Programmes in the field of Environmental Protection, which prescribes the procedure of participation of the public in making decisions on the preparation, change, amendment, overview and adoption of air quality plans, regional and local waste management plans, as well as plans for hazardous waste management, national waste management plan, waste prevention programme, environmental noise action plans, and a water pollution prevention plan.

The aim of the project is the strengthening of institutional and legislative framework for artificial intelligence and the improvement of cooperation between the public and private sector, and of academic institutions in the given field. 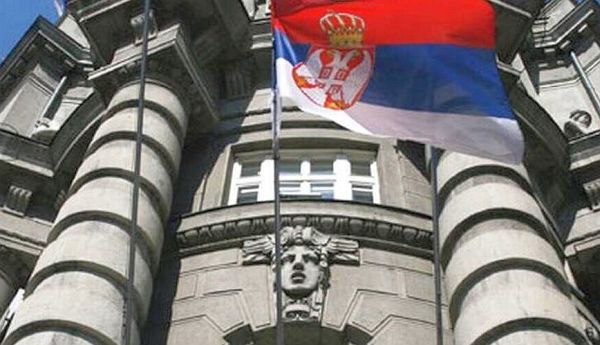