Government protests harshly over ban on Petkovic’s entry to Kosovo

Prime Minister Ana Brnabic underlined that this is the fifth time that Petkovic is not allowed to enter the territory of our southern province.

What is most bizarre in this situation is that this prohibition takes place just a few days after the European Union explicitly called on Pristina to respect the agreements signed and let Petkovic visit Kosovo and Metohija, the Prime Minister stated.

She pointed out that such an overbearing and uncivilised behaviour of the interim institutions in Pristina, which is being repeated over and over again, no longer leads anywhere.

I am asking the European Union and the international community – until when it will be like this? For how much longer do you intend to tolerate such behaviour? How many more rapporteurs for Kosovo and Metohija will be deaf and blind to the violation of basic human rights of Serbs in Kosovo and Metohija in the 21st century, while at the same time dealing with all kinds of stuff in central Serbia – from mining to ladybugs, Brnabic asked.

The Prime Minister explained that Petar Petkovic duly reported his visit and that he wanted to visit the Serbian people in Kosovo and Metohija, students of the Orthodox Seminary in Prizren and returnees in the village of Novake.

When someone in 2021 does not let you visit students and people who returned to their homes and deliver aid to underprivileged families, I cannot avoid asking myself what is there left to discuss? I request from the European Union to take a clear stance on such behaviour of Pristina and finally let us know whether the goal of the dialogue is the normalisation of relations and enabling normal life for all citizens of Kosovo and Metohija, or whether the talks are the goal in itself, in which one side respects all agreements, whereas the other does everything to avoid fulfilling the obligations that arise from the agreements it accepted, the Prime Minister stated. 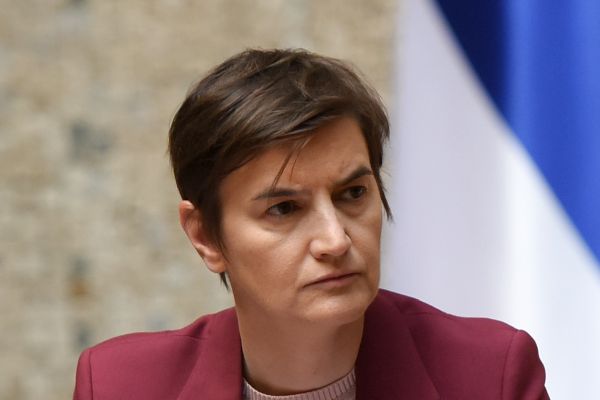