Cooperation with Hungary in movie industry

Deputy Prime Minister and Minister of Culture and Information Maja Gojkovic signed with Hungarian Minister of Human Resources Miklos Kasler the Memorandum of understanding in the movie industry.

The document will enable joint projects, as well as the shooting of films and series related to important events and personalities from the common history of the two countries.

Gojkovic and Kasler pointed out that today's signing of the memorandum confirms the mutual interest in expanding cooperation in the field of movie industry between the two countries, given the importance that both countries attach to the development and promotion of film art.

The Deputy Prime Minister pointed out that the relations between the two countries are at the historical level, as evidenced by the Strategic Partnership Agreement, as well as that cooperation in culture deserves special attention.

When it comes to the protection of cultural heritage, she said that the experience of Hungary in the field of protection of castles, villas and summer houses is also important for Serbia, since an important project of renewal of this important segment of heritage has been launched in Serbia.

Kasler stated that the cultural ties between the Serbian and Hungarian peoples are excellent and pointed to the importance of developing cooperation in the field of movie industry, because the common history and cultural connection deserve joint projects. 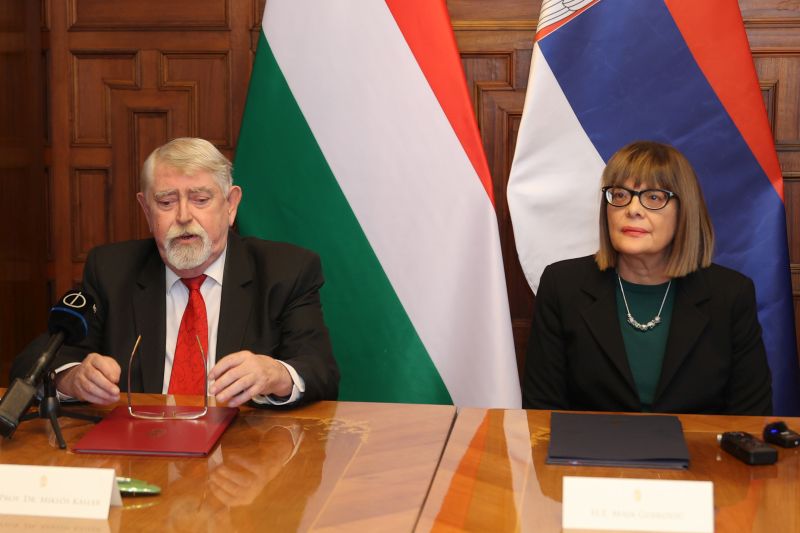