Minister Selakovic expressed Serbia's interest in intensifying the political dialogue and more frequent exchange of visits at the highest and highest level.

According to Selakovic, the two countries have a great untapped potential for the improvement of mutually beneficial economic relations.

Selakovic informed his interlocutor about the economic results of Serbia in the past few years, emphasising that thanks to reforms and fiscal consolidation, as well as timely and well-designed measures during the coronavirus pandemic, the Serbian economy is among the fastest growing in Europe. foreign direct investment.

The head of Serbian diplomacy pointed out that full membership in the EU remains Serbia's foreign policy priority and expressed the expectation that Lithuania will be among the member states that objectively evaluate Serbia's progress and support the EU enlargement process.

As Selakovic added, Serbia remains a reliable guarantor of stability and economic development of the region, which is what motivated the launch of the "Open Balkans" initiative, by which Belgrade in the most open and sincere way expresses readiness for cooperation with its neighbours and gives impetus to economic processes throughout Southeast Europe.

Selakovic briefed his Lithuanian counterpart on the situation in Kosovo and Metohija, with an emphasis on Pristina's latest attempts to destabilize the situation on the ground through unilateral acts against the Serb people in the province.

As the head of Serbian diplomacy pointed out, Belgrade is consistently in the position that solutions to the problems in Kosovo and Metohija can only be found by compromise in the dialogue with Pristina, which, as he stated, does not show readiness for peaceful resolution of disagreements and implementation of agreements reached so far within the Brussels dialogue, it is stated in the announcement of the Ministry of Foreign Affairs. 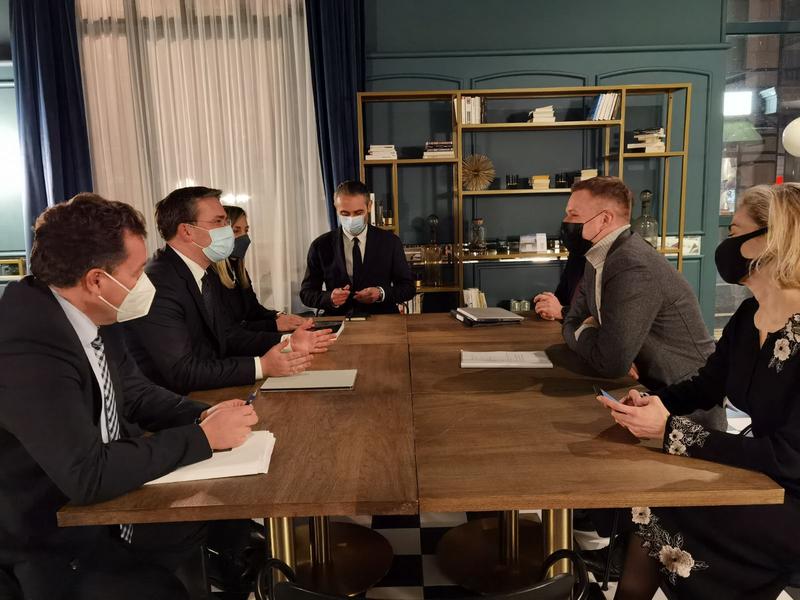