Deputy Prime Minister and Minister of Defense Nebojsa Stefanovic, who is on an official visit to Turkey, talked today with Turkish Minister of the Interior Suleyman Soylu.

Stefanovic and Soylu pointed out that the two presidents, Aleksandar Vucic and Recep Tayyip Erdogan, personally established a new path of cooperation between the two countries, in order to ensure a better life for both nations.

Turkey, as one of the most important foreign trade partners of our country, is ready to continue working together with Serbia on further economic strengthening, investment inflow and overall development of our region, it was stated at the meeting.

On this occasion, Stefanović expressed his gratitude to Minister Soylu, as someone who is a friend of Serbia, for his personal efforts to help strengthen relations between the two countries.

The officials agreed that Serbia and Turkey remain committed to regional stability, as well as to continue the joint fight against terrorism and irregular migration.

Stefanovic and Soylu also stated that the two governments will continue to follow the strong path of cooperation established by Presidents Vucic and Erdogan, aimed at creating the best possible conditions and quality of life for the citizens of Serbia and Turkey, a statement from the Ministry of Defence reads. 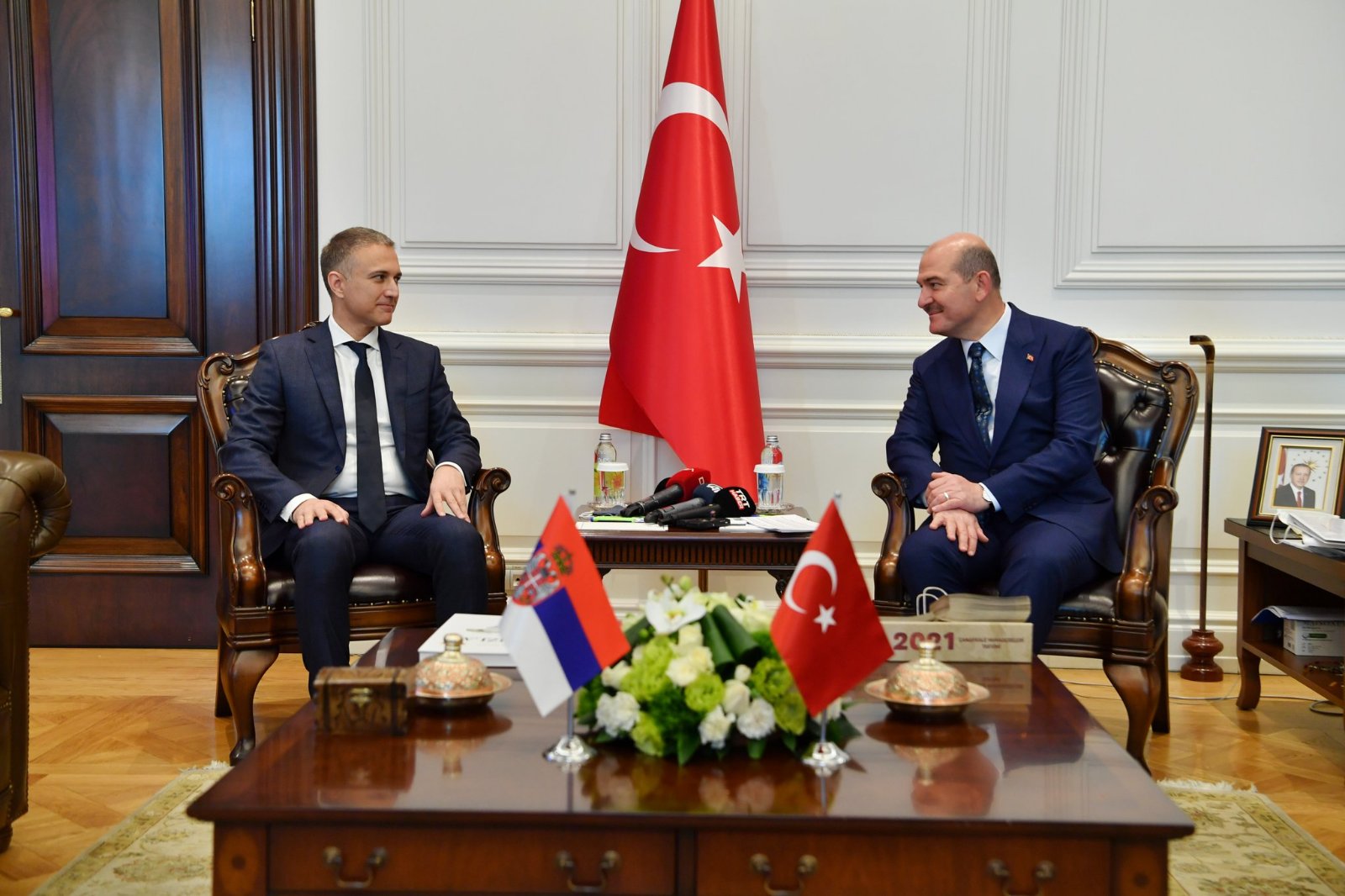