Agreement on construction of first phase of Highway of Peace signed

Serbian President Aleksandar Vucic and President of the European Commission Ursula von der Leyen attended today the marking of the beginning of works on the modernisation and rehabilitation of the Nis-Brestovac railway, and the signing of the Agreement between the public company Corridors of Serbia and the consortium of Strabag AG and Strabag d.o.o. Beograd on the construction of the first phase of the Highway of Peace on the Merosina-Merosina 1 section.

Vucic said on this occasion that a 23-kilometre railway is being built in Donje Medjurovo, which will be financed by the EU in the amount of 75 percent, which is a huge money for us, a great impetus and respect.

I owe huge gratitude to Ursula von der Leyen for coming to Nis, which is becoming a hub of all Balkan corridors, he stated and added that Serbia is fully committed to the implementation of the agreements signed so far, under the auspices of the EU.

According to Vucic, we will give our best to not only keep peace, but also to make more agreements which will bring safety, better life and better economy to all in the Balkans.

Ursula von der Leyen underlined that Serbia has come a long way on its path to EU membership, made enormous progress and commitment in recent years and improved conditions in various sectors. She stated that she strongly supports the European integration of Serbia.

The signing of the above-mentioned agreement is a symbol of our great cooperation and projects of connection through which we are jointly building our European future, because the future of Serbia is better in the EU.

The corridor links Serbia with Austria and Greece and is a true engine of the economy, of investments and the economic plan which already functions in your country, the European Commission President concluded.

The Merosina-Merosina 1 section is part of the future Highway of Peace Nis-Plocnik-Merdare. The length of the section which is planned to be built in the first phase is 32.6 kilometres on the stretch from Merosina near Nis to Beloljin near Plocnik. 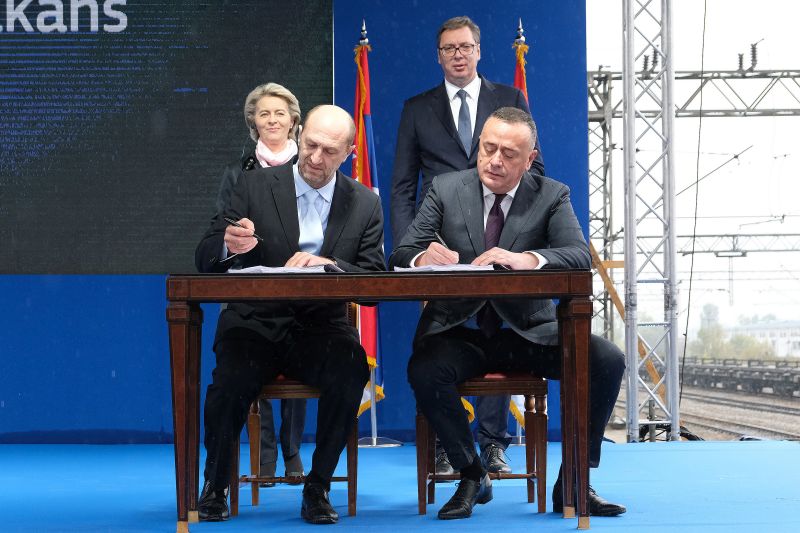