Minister of Foreign Affairs Nikola Selakovic began last night his official visit to Mexico with a meeting with President of the Mexican Senate Olga Sanchez Cordero.

Selakovic said that he is greatly honoured to have the opportunity to attend the celebration of the 200th anniversary of Mexico's independence and other important jubilees which this state marks this year.

He thanked Sanchez Cordero for her personal contribution to building relations between Mexico and Serbia and for the recent ratification of the Agreement on cooperation in the field of education, culture and sports, which has been unanimously adopted by the Serbian parliament.

The Serbian Foreign Minister underlined that both countries are dedicated to the same values, the respect for international law, territorial integrity and sovereignty, and the right of every state to choose its own path of development.

According to Selakovic, Serbia is strategically committed to EU membership, but since Belgrade was the birth place of the Non-Aligned Movement 60 years ago, it also dedicates great attention to its ties with the countries of Latin America.

Serbia is the only successor state of Yugoslavia that has an embassy in Mexico City, but we want our mission in your country to be additionally developed and improved, Selakovic stated.

The Minister also briefed his interlocutor on economic reforms, which have made Serbia the fastest-growing economy in Europe. He also invited her to pay an official visit to Serbia. 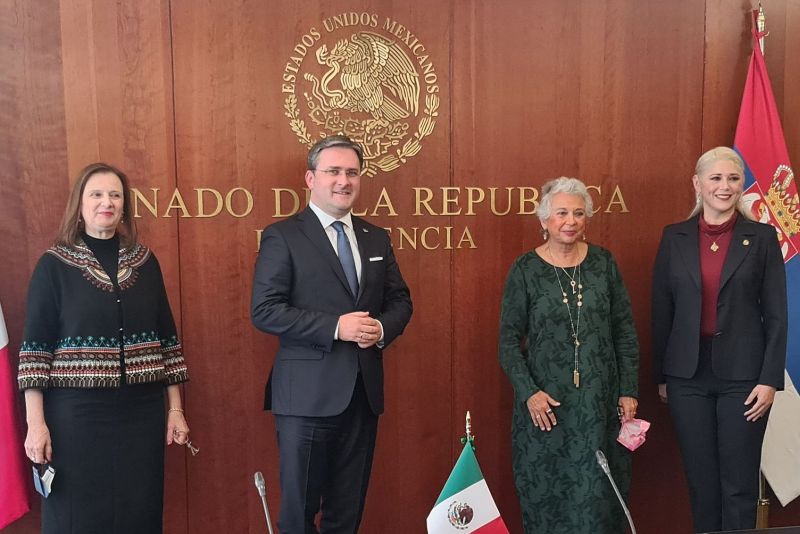