Serbia expects Latvia's support on the road to EU membership

The ministers exchanged experiences between the two countries in the fight against the coronavirus pandemic and efforts to return the economy to normal as soon as possible.

Selakovic stated that the cooperation between our countries is good and that there is a mutual interest of Serbia and Latvia in intensifying economic relations, which are currently at a level below the objective possibilities of the two economies.

Minister Selakovic informed his interlocutor about the reform processes in Serbia, as well as with the economic results in the past seven years, emphasising that our country has made great progress in the field of rule of law, which we expect to be recognised and valorised.

The head of Serbian diplomacy expressed the expectation that Latvia will have an objective position when it comes to the evaluation of reform processes in Serbia and that it will provide support to Serbia in achieving a key strategic goal, which is full membership in the EU.

Referring to the issue of Kosovo and Metohija, Selakovic said that, despite the differences in attitudes, he hopes that Latvia, as a country that is a consistent fighter for the rule of law and stability in Europe, will support the process of seeking a peaceful and compromise solution in Belgrade's dialogue with Pristina.

Selakovic informed his interlocutor about Pristina's latest attempt to destabilise the situation on the ground, as well as the fact that the current government of the provisional institutions of self-government publicly refuses to implement the agreements reached in the EU-mediated Brussels dialogue. 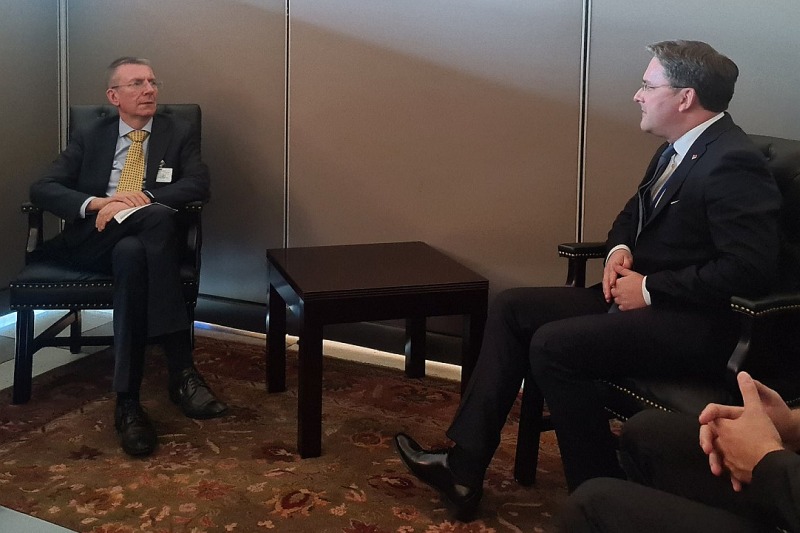