Prime Minister Ana Brnabic met today with members of the France-Western Balkans Friendship Group in the Senate of the French Republic, led by the president of that group, Senator Marta de Cidrac.

Brnabic pointed out that bilateral relations between Serbia and France have been raised to a higher level in the last few years, and that our country is firmly committed to further improving overall political and economic relations, traditional partnership and friendship between the two countries.

The Prime Minister expressed gratitude for the support that France provides to the European integration of Serbia and the region of the Western Balkans.

She said that the process of European integration is a priority for our country because it means peace, stability and prosperity for the entire region.

According to her, Serbia was the first to accept the new methodology of the European Union and is actively working to open two clusters during the Slovene presidency.

The Prime Minister pointed out that France is one of the most important economic partners of Serbia, especially emphasising the public-private partnership as a good model of joint cooperation.

Members of the France-Western Balkans Friendship Group in the French Senate said that Serbia can count on France's support when it comes to European integration, and that the entire Western Balkans region is extremely important for that country.

It was pointed out in the conversation that the two sides are committed to further intensifying economic cooperation, and France is ready to further support projects in the field of environmental protection and the circular economy. 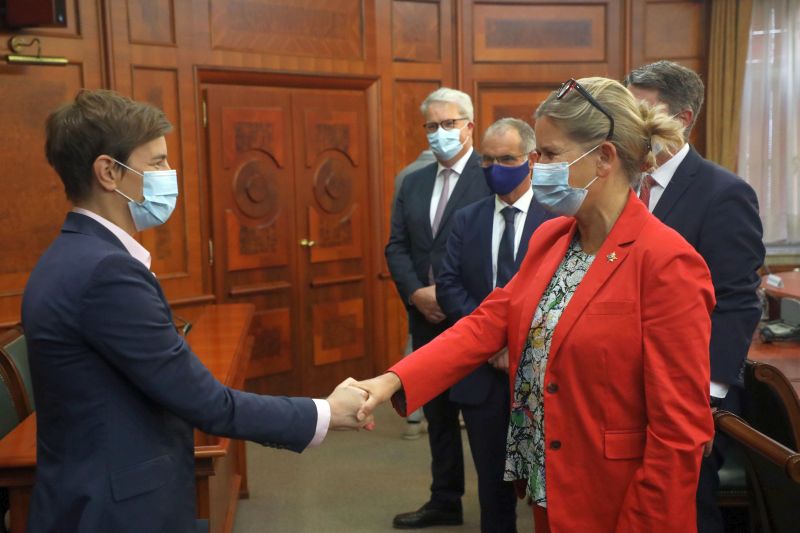