Railway modernisation important for linking with region and EU

Prime Minister Ana Brnabic stated today at the opening of the Western Balkans Rail Summit 2021 that Serbia will modernise and rehabilitate its railways in the length of over 1,000 kilometres.

Brnabic said that these projects are worth around €6.5 billion and underlined that the Serbian government’s priority is the investment in the railway network in order to get connected inside the country and with our neighbours.

The Prime Minister recalled that the head office of the Transport Community was opened in Belgrade on 13 September 2019 and she thanked the European Commission and the partners in the region who supported the idea of placing the head office in Serbia’s capital.

The consensus that we showed in the Western Balkans at that moment confirms that we can achieve so many things together and that the development of the economy, linking of the region and prospects for young people are the most important for us and that we have a clear common goal, our cooperation can be unquestionable, Brnabic said.

The Prime Minister pointed out that the goal is a well-connected, stable and prosperous region within the EU, adding that we are on the way to complete the high-speed railway from Belgrade to Novi Sad by the end of the year and to start works on the part from Novi Sad to Hungary.

We are actively working on project documentation for the high-speed railway from Belgrade to Nis, which will be largely financed through EU grants, she pointed out.

When it comes to the planned railway projects, Brnabic pointed out that the railways from Nis to Dimitrovgrad and Subotica-Szeged are also being prepared or planned, where the works will start these days as soon as representatives from Hungary come to Serbia to discuss that matter.

According to her, the railways Pancevo-Vrsac-border with Romania and Valjevo-Vrbnica on the border with Montenegro are also among these projects.

The Prime Minister pointed out that great progress had been made in terms of harmonising our laws with EU laws in the railway sector, since Serbia liberalised the railway market in 2016.

EU Commissioner for Neighbourhood Policy and Enlargement Oliver Varhelyi said in a video message at the opening of the summit that the European Union is ready to support the countries of the Western Balkans in modernising railway transport, which is important for connecting the region and the region with the EU.

He pointed out that the key programme for the infrastructural development of the region is the Economic Investment Plan for the Western Balkans worth €30 billion, which the European Commission approved for the region. 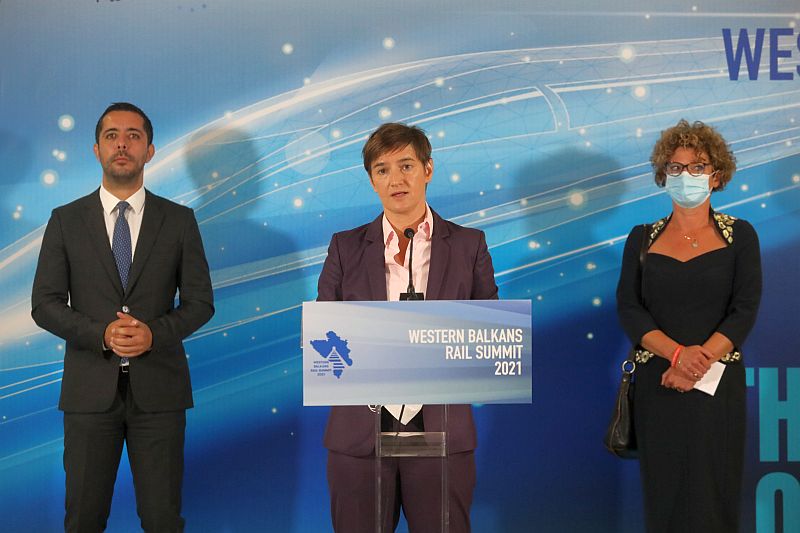