Railway projects worth over €6bn planned

Prime Minister Ana Brnabic stated today that Serbia’s goal is to completely modernise the railway traffic and to get connected with all countries in the region and the EU by rail.

Brnabic, who received the "Connecting Europe Express" train at the Belgrade Centre - Prokop railway station, whose arrival coincides with today's holding of the Western Balkans 2021 Rail Summit in Belgrade, stated that railway projects worth more than €6 billion are planned in Serbia.

She pointed out that Serbia has invested more than €600 million in 2014, when serious investments in the railway, reconstruction and modernisation of rails and procurement of trains began.

She wished welcome to partners from the European Commission, the Transport Community, the European Investment Bank (EIB), the European Bank for Reconstruction and Development (EBRD) and others from the EU, who are helping us on this challenging and ambitious path - to completely reconstruct and improve our railways.

The Prime Minister pointed out that the goal is to set Serbian railways as the primary type of transport, both passenger and freight, and recalled that 2021 is the European Year of Rail.

The arrival of the train "Connecting Europe Express", which was designed by the European Commission as part of the European Year of Rail, and which will cross the continent and the Western Balkans as its integral part, marked the beginning of the Rail Summit in Belgrade.

The train was also welcomed by Minister of Construction, Transport and Infrastructure Tomislav Momirovic and Deputy Director General of the Sector for Mobility and Transport in the European Commission Maja Bakran Marcic.

The summit is organised by the Transport Community, EIB and the EBRD and is hosted by the Ministry of Construction, Transport and Infrastructure. 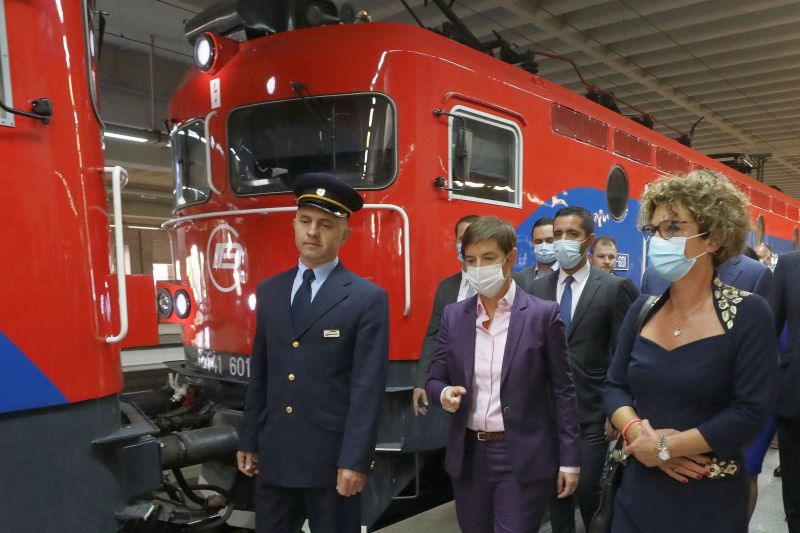