The Hilandar monastery, which is on the list of the UNESCO Cultural Heritage, is of inestimable value for the Serbian cultural heritage and represents a unique centre of Serbian spirituality, culture, education and tradition.

The government adopted an initiative of the Ministry of Education, Science and Technological Development on the formation of “BIO4 Campus” in Belgrade, which will comprise the Torlak Institute and the Institute for Molecular Genetics and Genetic Engineering, the Faculty of Pharmacology and Biology, an extension of the Belgrade Science and Technology Park for BIO4 start-ups, development departments of pharmaceutical, biomedical and biotechnological companies, production plants and other facilities.

The ambition is for “BIO4 Campus” to become the first campus of this kind in the wider region as a distinguishable spot on the global map of development in the fields of biomedicine, bioinformatics, biotechnology and biodiversity.

In order to enable progress of all segments of society through digitalisation, raise the level of knowledge and create a safe environment that encourages citizens to recognise the advantages of digitalisation, the government adopted the Strategy for Development of Information Society and Information Security in the Republic of Serbia for the period from 2021 to 2026.

The Decree on limit values of emissions of pollutants into the air from stationary sources of pollution, except for combustion plants, was adopted with the aim of improving air quality through the reduction of pollution.

The aim of these changes is also to improve the process of reporting of the Agency for Environmental Protection, which will as of now deliver documents to the National Register of Pollution Sources exclusively in the electronic form.

With its example, the Agency will also influence other parts of the public administration and local self-governments to switch to the modern way of doing business entirely in the electronic form and thus give significant contribution to environmental protection.

At today’s session, the government declared the protection of the Landscape of Outstanding Features “Maljen” and thus enabled the protection of natural forest ecosystems with diverse and specific flora and fauna, rocky vegetation, rare and endangered animal species, as well as of significant cultural and historical values. 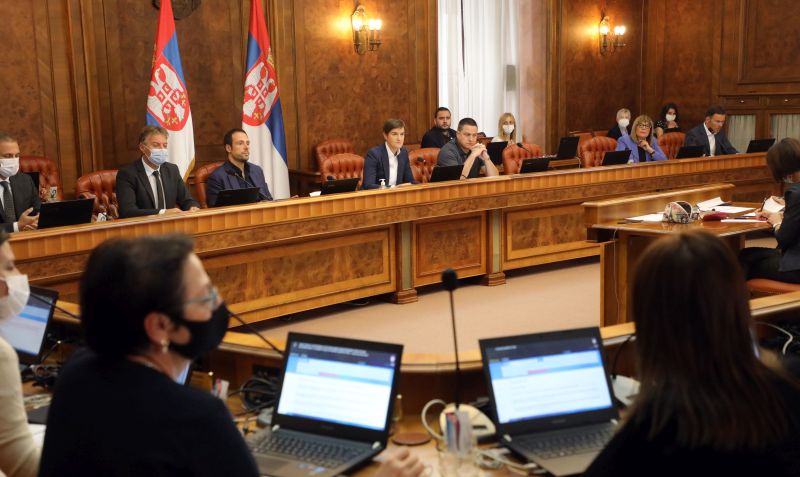