State will find solution for workers of Geox in Vranje

Prime Minister Ana Brnabic said today in the Assembly of Serbia that the state will not leave the workers of Geox in Vranje in the lurch and that it will find them better jobs.

Answering the questions of the MPs about this company, which plans to close the company in Vranje and lay off 1,200 workers, Brnabic pointed out that Serbia is no longer a country of cheap labour and that these people will be employed and better paid.

We will have better investors who will produce added value for our economy and will pay workers better. That is what will happen in Vranje as well, she explained.

According to her, this is happening in every country that manages to rise to the next economic level.

When Geox came to Vranje, unemployment was 25 percent, and today it is approximately 9.3 percent. The minimum price of labour is growing every year, so this company is aware that the average salary and the minimum wage will grow in 2022, which is why such investments go to other countries, where they can buy more working hours for the same money, she explained.

She pointed out that there is a transition in Serbia and that economy will be based on knowledge and innovation, as she outlined in her keynote speech.

The Prime Minister pointed out that she is aware that life is not great in Serbia, but she also reiterated that there is a perspective.

During the pandemic, we had new German investments, she reminded and cited the example of Continental, which started investing and opened its research centre in Novi Sad, and is now building a new plant for the production of innovations.

At the same time, Brnabic assessed that the "Open Balkans" initiative between Serbia, North Macedonia and Albania is one of the greatest things that have happened to us politically and economically in the region since the conflicts of the 1990s.

According to forecasts, this initiative will, depending on the degree of implementation, contribute to our GDP with an additional three percent, which best shows how much we can do and what we could do if the entire Balkans joined, she said.

This agreement, reached by President of Serbia Aleksandar Vucic and prime ministers of North Macedonia and Albania Zoran Zaev and Edi Rama, is perhaps the most important for our economy and quality of life at this moment because it sends a signal of cooperation, understanding, better relations and a different future.

The Prime Minister announced that an estimate of GDP growth for the second quarter of this year will be released on 2 August, with the expectation that it will be 12 percent.

Also, the Prime Minister warned that the epidemiological situation is deteriorating day by day, but added that the deterioration still cannot be compared with that in previous waves, thanks to the fact that we have approximately 50 percent of vaccinated adult citizens.

Our health care system does not suffer because COVID hospitals have been built, the Prime Minister underlined and specified that 2,687,143 adult citizens have been vaccinated to date, which is 49.8 percent of the overall population. 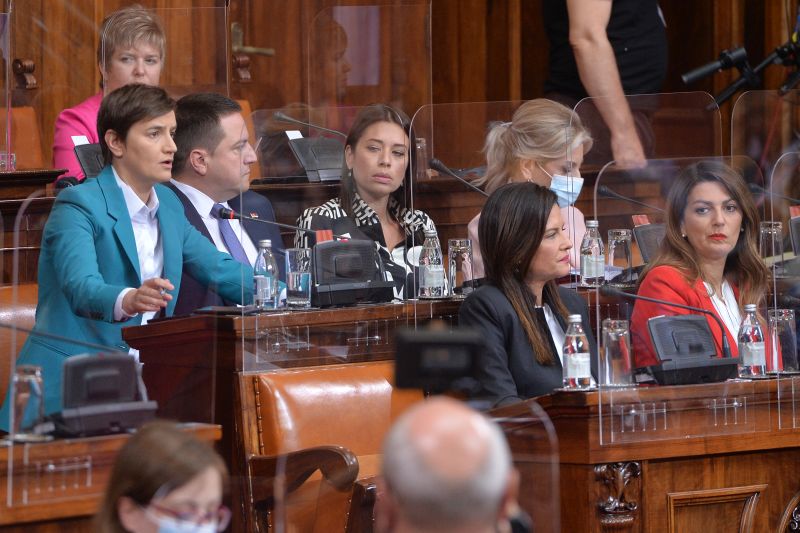