At today's session, the government of the Republic of Serbia adopted the Bill on determining financial support to economic entities for maintaining liquidity and working capital in difficult economic conditions due to the COVID-19 pandemic.

After the adoption of this law, the Parliament will provide funds for businesses that have submitted a loan application to the Development Fund of the Republic of Serbia in accordance with the Decree on establishing a programme of financial support to businesses to maintain liquidity and working capital in difficult economic conditions due to the COVID-19 pandemic, which could not be considered due to lack of funds.

The government determined the Bill on confirmation of the financial agreement COVID-19, support to the Government of Serbia for small and medium enterprises and companies with medium market capitalization between the European Investment Bank and the Republic of Serbia worth €200 million.

These funds will be placed through the Development Fund to companies that have not yet received the money, in order to mitigate the negative consequences of the pandemic.

The Government adopted the Bill amending the Law on Judges and the Bill amending the Law on the High Judicial Council in order to fulfill Serbia's international obligations contained in the acts of recommendations of the Council of Europe Anti-Corruption Group (GRECO), as well as the revised Action Plan for Chapter 23 – Judiciary and Fundamental Rights in the Accession Negotiations between Serbia and the European Union.

The Decree on Amendments to the Decree on Limit Values ​​for Emissions of Pollutants into the Air from Combustion Plants was also adopted.

In the coming period, the Environmental Protection Agency will switch to electronic reporting to the National Register of Pollution Sources , which means the complete abolition of paper documents and their sending by mail.

The government also adopted the Bill on the Census of Agriculture 2023. The census, which will be conducted from 1 June to 31 December 2023, will provide quality data that will enable a realistic presentation of the situation in agriculture in Serbia.

The government has approved funds in the amount of RSD 150 million for subsidies in the field of domestic tourism, ie for an additional 30,000 tourist vouchers.

The members of the Serbian national basketball team who won a gold medal at the European Basketball Championship held in June 2021 in Valencia, were awarded a cash prize in the amount of €20,000. Coach Marina Maljkovic received the same amount. 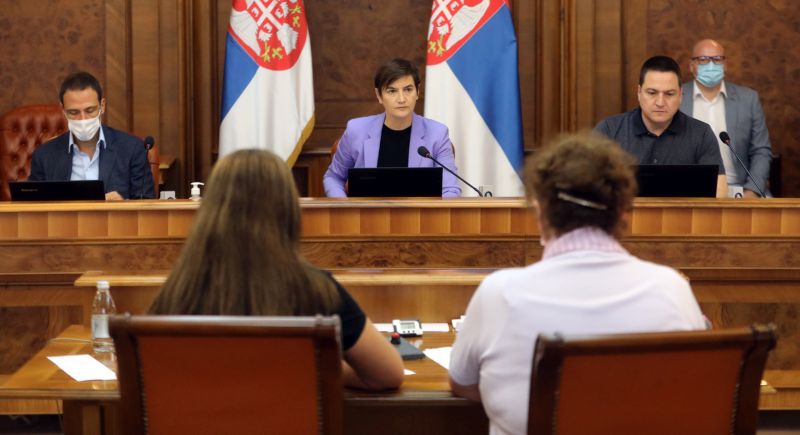