It was stated at the meeting that the strengthening of cultural ties contributes to even better mutual acquaintance of the peoples of the two countries, who nurture strong historical ties.

The Deputy Prime Minister emphasised that Serbia is following the cultural policy of France especially carefully, as well as that cooperation is important at the institutional level and that our country is open for the exchange of experts and experiences in the field of museology.

Bachelot pointed out that the pandemic had stopped cooperation in that field, but that France was ready to receive Serbian experts in the foreseeable future.

Gojkovic pointed out the possibility of cooperation within the project Novi Sad - European Capital of Culture in 2022, having in mind that it was planned through events, as well as the fact that it coincides with the beginning of the French presidency of the European Union.

The possibilities of implementation of the project "Castles of Serbia", which includes 118 castles, villas and summer houses in the territory of our country, with the help of European funds, were also discussed at the meeting. 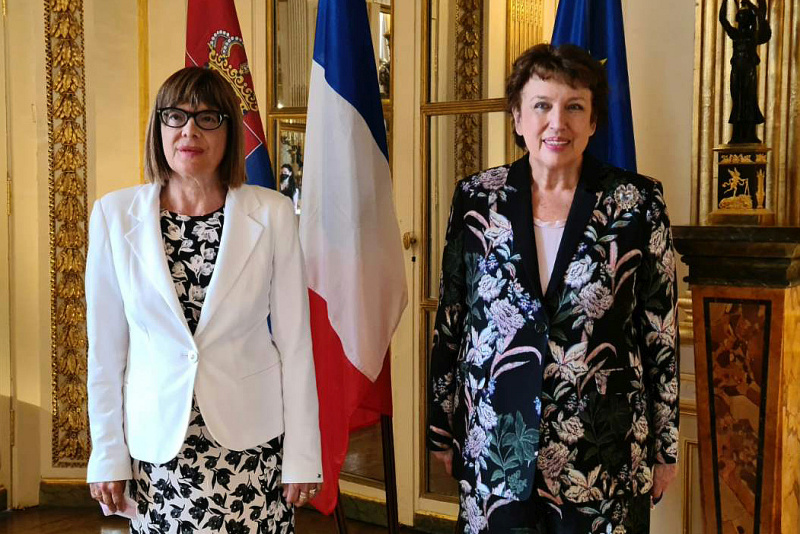