All obstacles to opening Chapter 15 removed

Deputy Prime Minister and Minister of Mining and Energy Zorana Mihajlovic stated that the government adopted today the Conclusion on adoption of the negotiation position of Serbia for the Intergovernmental conference on the accession of the Republic of Serbia to the European Union for Chapter 15 – Energy.

The second condition referred to the adoption of the Action plan for reorganisation of the public company Srbijagas, the implementation of which will allow for the development of activities in the gas sector and the harmonisation of gas companies with the EU acquis and domestic laws.

The Deputy Prime Minister explained that an important step in the harmonisation of domestic energy laws with European regulation was done through the adoption of two laws – the Law on the use of renewable energy sources and the Law on energy efficiency and rational use of energy.

Mihajlovic said that by passing these laws and the amendments to the Energy Law, Serbia has obtained the regulatory framework which is in line with the relevant directives of the EU.

Chapter 15 – Energy is part of the negotiation cluster “Green Agreement and Sustainable Connectivity”, and the work of the negotiating group for the field of energy is coordinated by the Ministry of Mining and Energy.

By its negotiation position, a candidate country for EU membership presents the level of harmonisation of its legislation with the EU acquis, the programme of the remaining harmonisation, and the overview of the existing and future administrative capacities for the implementation of the harmonisation of legislation. 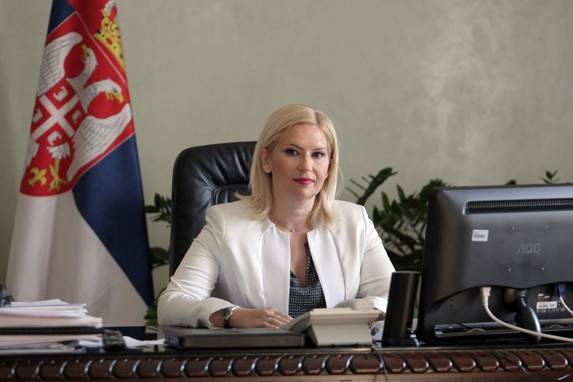