Dialogue, compromise only way to reach agreement with Pristina

Minister of Foreign Affairs Nikola Selakovic met today with Special Representative of the European Union for dialogue between Belgrade and Pristina and other regional issues of the Western Balkans Miroslav Lajcak.

Selakovic said that Serbia supports the work of the Special Representative, but that it also expects that his engagement will contribute to the progress of the dialogue in order to reach a political and compromise solution.

He reiterated that our country is ready to cooperate with all actors of the international community that can help resolve open issues with Pristina, but that Brussels remains a central place for dialogue.

Dialogue and compromise are the only right way to reach a sustainable agreement between Belgrade and Pristina, the Minister underlined and pointed out that the final outcome of the compromise would be a situation in which neither side gets everything, but everyone gets enough.

He also recalled that Belgrade fulfilled all the obligations from the dialogue, while Pristina, even eight years after reaching the Brussels agreement, has not fulfilled the main part, and that is the formation of the Community of Serb Municipalities.

We started the dialogue believing in the EU as a strong and credible guarantor of the implementation of all agreements reached, so we rightly expect Brussels’ activities towards Pristina aimed at fulfilling the obligations assumed by the Brussels Agreement, which is the formation of the Community of Serb Municipalities, Selakovic said.

Today's meeting was also attended by Special Representative for the Western Balkans and Deputy Assistant Secretary at the US Department of State Matthew Palmer, with whom the Serbian Minister of Foreign Affairs previously had a separate meeting. 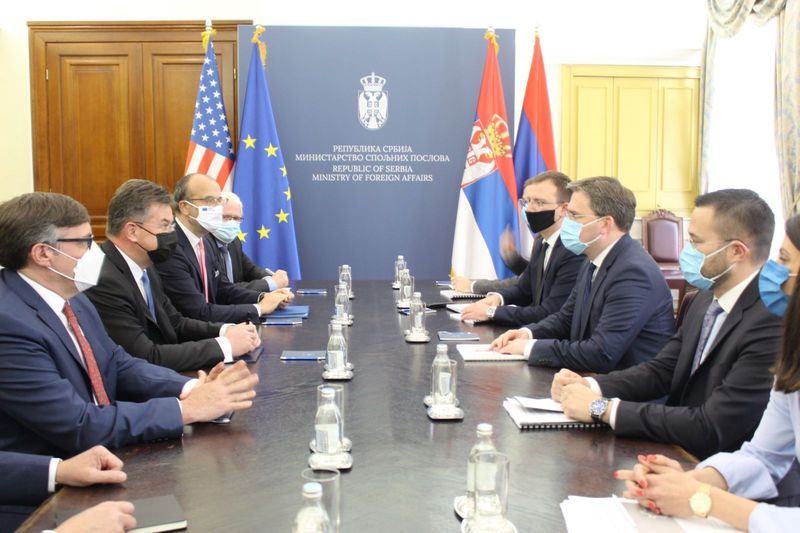