Joksimovic informed her interlocutor about the activities undertaken by the Government of Serbia in order to reach the criteria for the continuation of negotiations, primarily for the opening of cluster 3 - Inclusive growth and competitiveness (which includes eight negotiation chapters) and cluster 4 - Green agenda, digitalization and sustainable connectivity (which includes four chapters).

In a short time, since the formation of a new structure for conducting negotiations, with increased political engagement of the Serbian leadership, especially in the segment of the rule of law, we have managed to complete all the necessary procedures for the full preparation of these two clusters. I am convinced that both the European Commission and the member states will appreciate our efforts and that the political intergovernmental conference, as the next step in the accession negotiations, will be held by the end of this month, the Minister said.

Joksimovic and Makovec especially looked at the degree of progress in the area of the rule of law, on the basis of which the EU will decide on further support for concrete steps in Serbia's accession negotiations.

Makovec stated that Serbia is undoubtedly the economic engine of the region, with significant administrative capacities.

He welcomed the accelerated reform process that is underway and expressed confidence that the member states will recognise and valorise that in terms of the next steps in the accession process, especially at the upcoming political Intergovernmental Conference, which should be held later this month.

Makovec pointed out that in the next period, the policy of EU enlargement and the Western Balkans will be on the agenda of the highest-level meetings of EU officials, which he assessed as a positive impulse when it comes to the enlargement process, reads a statement from the Office of the Minister for European Integration. 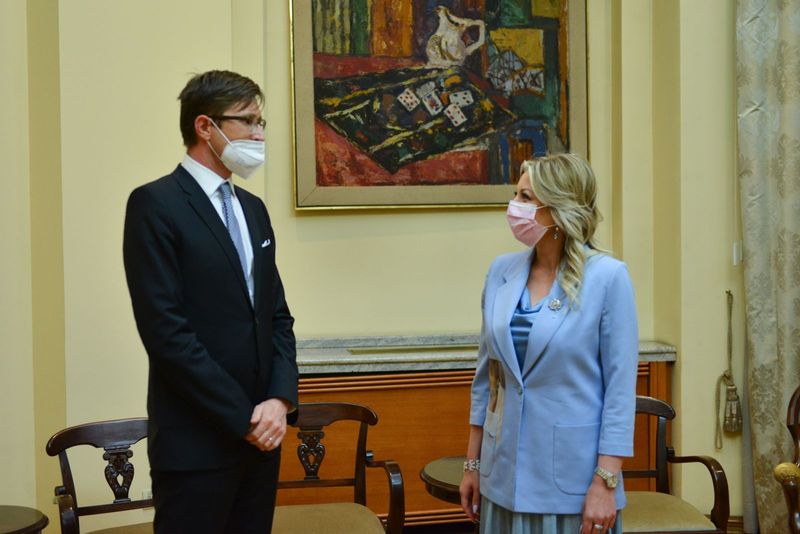