Minister of Foreign Affairs Nikola Selakovic participated today via video link in the Ministerial Meeting of the Council of Europe and said that Serbia strongly supports the ideas of multilateralism, and pointed out the importance of dialogue and cooperation among the member states.

Selakovic stated that the Council of Europe should achieve greater unity of the member states in order to protect common values and principles of democracy, human rights and the rule of law, and to reaffirm itself as a single pan-European forum for inclusive discussion and cooperation based on equality of the member states.

Multilateralism is based on respect for international law, and the principles of territorial integrity and sovereignty are the foundation of the international legal order, Selakovic pointed out, adding that these principles are essential for Serbia, and that principles and rules must apply to everyone.

The Minister also underlined that Serbia is one of the members of the Council of Europe that has not violated this principle in any case.

The Serbian Foreign Minister emphasised that at this moment, the protection of the health of the population is one of the main tasks of all countries.

"Serbia takes seriously its role and obligations arising not only from its membership in the Council of Europe, but also from its deep commitment and dedication to the principles of equality, non-discrimination, solidarity and cooperation, which we were guided by during the broad vaccination campaign," Selakovic said. Serbia also provided assistance to the region, believing that this problem could only be solved in cooperation with others, he added.

In his speech, Selakovic also referred to the issue of the position of national minorities, which will be one of the priorities of the upcoming Hungarian presidency, and underlined that our country is deeply committed to protecting individual and collective rights of more than 20 national minorities on its territory.

We have one of the most advanced legal frameworks for the protection of national minorities, but we do not believe that the job is done with that, and that is why we are constantly working on improving the institutional and legal framework, as well as its efficient implementation, the Minister stated.

In addition, Selakovic said that Serbia remains fully committed to the execution of the judgments of the European Court of Human Rights and that it considers it one of the key obligations of all member states, as well as to support the strengthening of the integrity and role of this court.

He said that our country strongly supports the Istanbul Convention, which is the gold standard in the fight against violence against women and domestic violence, and recalled that Serbia is proud to be among the first countries to have ratified this important international instrument.

At the end of his speech, Selakovic thanked the Federal Republic of Germany for the successful presidency and wished a lot of success to Hungary in its upcoming presidency, it is said in the statement of the Ministry of Foreign Affairs. 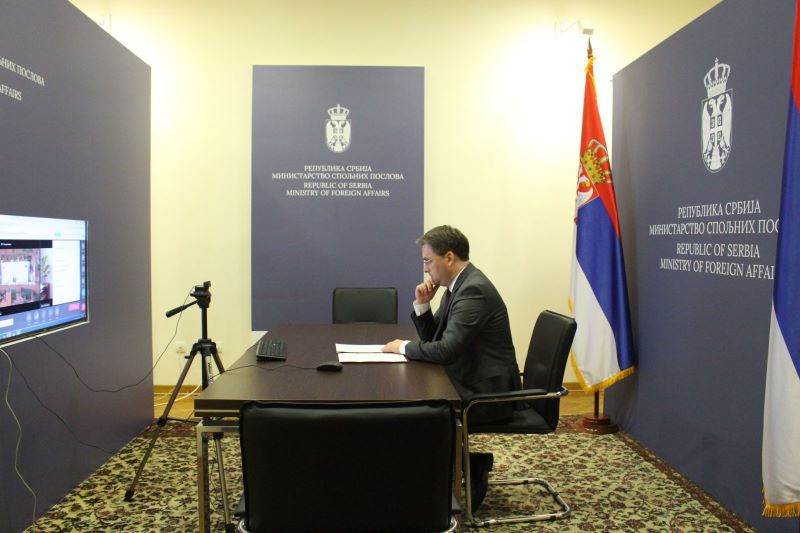