The Serbian government adopted today the Bill on gender equality, which improves the institutional framework and creates conditions for the implementation of policy of equal opportunities for women and men.

The Bill prescribes duties of public bodies, employers and other physical and legal persons regarding gender equality. It also envisages measures against gender discrimination and for the realisation and improvement of gender equality, which is one of the basic international standards in ensuring human rights.

Discrimination at work will be more harshly sanctioned, which will force employers to improve treatment of their employees and abide by anti-discrimination norms prescribed by the labour law.

The Strategy for the fight against the gender-based violence against women and family violence for the period from 2021–2025 was also adopted, as one of the priorities in the work of the government.

The main goal of the Strategy is to secure efficient prevention and protection from all forms of violence against women and girls and domestic violence, and to develop a system of support services for the victims of violence.

The government set up the Coordination body for the support to victims of crimes and witnesses in criminal proceedings, whose members are representatives of the ministries of justice and the interior, health, and the Ministry of Labour, Employment, Veteran and Social Affairs.

The government established the National council for recovery and development of tourism of the Republic of Serbia, tasked with proposing and following the application of measures for the recovery of tourism and hospitality industry during covid and post-covid period, and to coordinate all those in charge of the further development of tourism industry and the positioning of Serbia on the international market.

Government members made a decision to form the National coalition for the reduction of energy poverty. The task of this body will be to gather relevant interested parties and end energy poverty through coordination action. 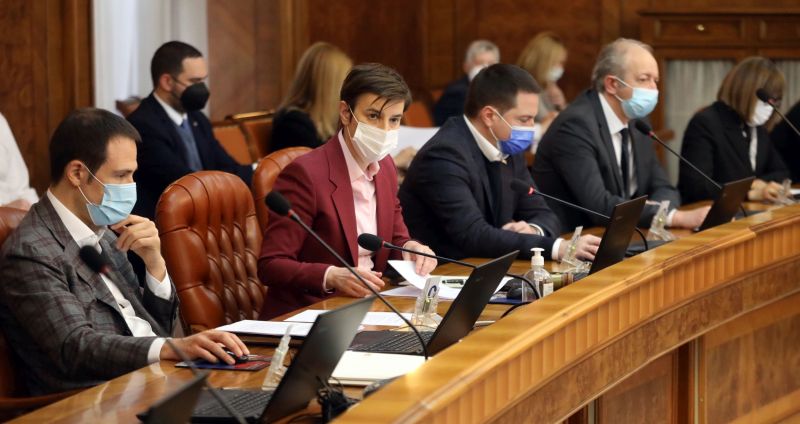