Minister of Foreign Affairs Nikola Selakovic expressed gratitude to Russia in Moscow today for its principled support to the territorial integrity and sovereignty of Serbia, as well as resolving the issue of Kosovo and Metohija through dialogue, which is what official Belgrade stands for.

At a joint conference with Russian Foreign Minister Sergei Lavrov, Selakovic said that this meeting was not only an opportunity to exchange opinions and views on issues important to us, but also a meeting that would contribute to the preparation and a possible visit of Russian President Vladimir Putin to Serbia this year.

He pointed out that he was honoured to meet today in Moscow, after four months from the meeting in Belgrade, with his Russian colleague, who is a friend of Serbia and the Serbian people.

Selakovic said that this meeting at a high level, as well as other meetings of Serbian and Russian officials at the highest level, are a good indicator and testimony of sincere, open, friendly relations between the two countries, which have a long tradition.

The Serbian Foreign Minister thanked Lavrov for his selfless, continuous and principled support for the territorial integrity and sovereignty of Serbia, and for resolving the issue of Kosovo and Metohija through peaceful, diplomatic means, through dialogue, for which Belgrade is ready.

I informed Minister Lavrov that today is exactly 2,921 days since the Brussels Agreement was concluded, which defined three obligations for Belgrade and one for Pristina. Belgrade has done its job, Pristina is the only one, to form the Union of Serbian Municipalities, neither started nor implemented, Selakovic emphasised.

We have confirmed our readiness to continue helping Serbian friends, to defend Belgrade's legitimate right to Kosovo and Metohija. We will continue to maintain priority attention in the UN Security Council on this issue and respect for Resolution 1244 in full, and it envisages reaching an agreement on the status of Kosovo between Belgrade and Pristina, and that agreement should be approved by the Security Council, Lavrov said.

Lavrov added that Russia will continue to provide assistance to Serbia on the issue of neutralising Pristina's illegal attempts for membership in international organizations, Interpol and UNESCO.

The two ministers agreed to continue contacts at the level of the minister and their deputies, all in accordance with the plan signed in December last year in Belgrade, during Lavrov's visit to Belgrade. 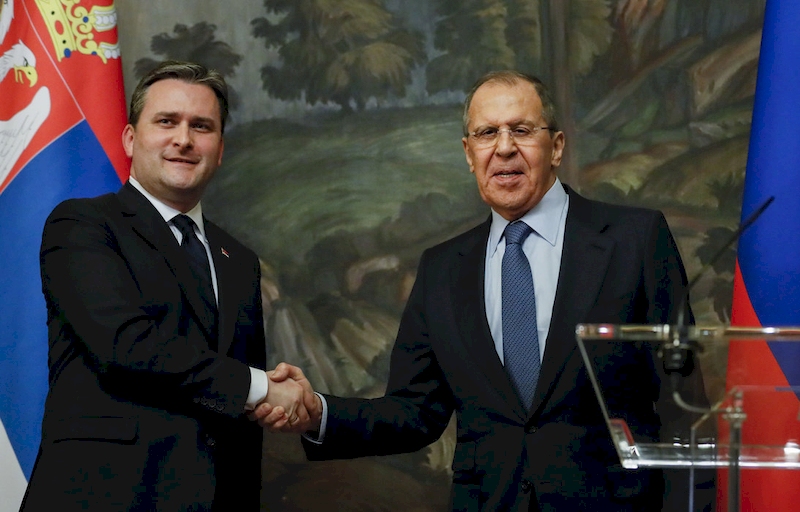