Minister of Foreign Affairs Nikola Selakovic travelled today on a two-day official visit to the Russian Federation, where he will speak with his Russian counterpart about the improvement of bilateral cooperation.

In a joint interview for the agencies Tanjug and RIA, Selakovic said that in addition to the deepening of bilateral cooperation and the continuation of political consultations, the continuation of Russia’s support to the clear political position of Serbia regarding the negotiations on Kosovo will be discussed.

He explained that these talks represent also a preparation for the visit of Russian President Vladimir Putin to Belgrade, which will most probably take place this year.

One of the topics Minister Selakovic will discuss with his Russian counterpart will be the consolidation of contractual situation between the two countries and two ministries.

According to Selakovic, 140 different bilateral agreements are being implemented at the moment between the two states, and a dozen of various draft laws are currently under preparation, which will very probably be the subject of the Moscow talks.

He added that additional ease of travelling conditions to the two states will be discussed.

According to the Minister, there is room for improving cooperation both in terms of imports from Russia and exports from Serbia to Russia.

Speaking about holding joint military exercises of the Serbian and Russian armies, Selakovic stressed that Serbia remains faithful and committed to its status of a military neutral state that does not see its future in military alliances and pacts, which enables its participation and joint exercises with the states that are signatories to different contracts.

Selakovic also referred to the situation with the pandemic, emphasising that together with the help that came from China and Russia, but also the contacts that were made with Western pharmaceutical companies and the leaders of certain countries, Serbia was the first country to offer its citizens the opportunity to choose from different brands of vaccines.

The Minister pointed out that the fact that we will establish the production of the Russian vaccine Sputnik V at the Torlak Institute in Belgrade in cooperation with Russian friends will absolutely set us apart from other countries in the region. 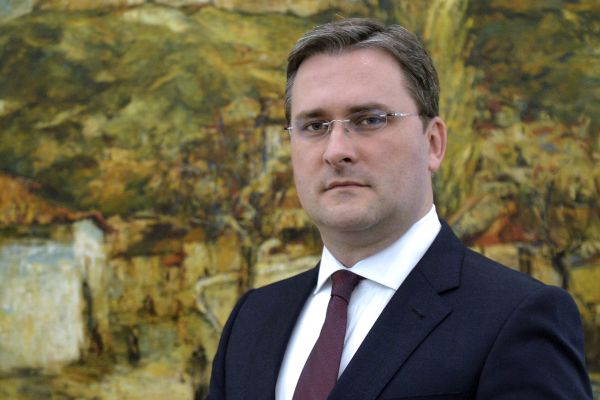