Strong support of Greece, Cyprus to Serbia on road to the EU

Addressing the press at the Palace of Serbia, Selakovic said that the three countries have reached an agreement to hold trilateral meetings every six months, at which topics from several areas of interest to Serbia, Greece and Cyprus would be discussed, and the next one will be held in Thessaloniki.

He said that the trilateral meeting dealt with economic cooperation, infrastructure, energy and gas supply from various sources, stating that the ministers agreed that greater cooperation is needed in the field of tourism, agriculture, IT sector and other areas.

The head of Serbian diplomacy conveyed gratitude to Greece and Cyprus for their principled support on the issue of preserving the sovereignty and integrity of Serbia, but also on the issue of European integration.

As he reminded, Serbia gives support to Greece for the continuation of the dialogue with Turkey, as well as when it comes to the agreement with Albania regarding the determination of the borders between the two countries.

He emphasised that the main goal of Serbia in regional policy is to preserve peace and stability.

Christodoulidis pointed out that the three countries have friendly ties, and that future trilateral cooperation represents the creation of a positive agenda in the interest of all peoples.

The ultimate goal is to strengthen the stability and prosperity of the Western Balkans and the Eastern Mediterranean, he explained and congratulated Serbia on the impressive pace of immunisation, which puts it at the very top of the world on that issue.

He pointed out that the citizens of both Serbia and Greece will be able to travel to Cyprus with a negative PCR test from 1 April, stating that this is the first step towards returning to normal.

Today, we confirmed our strong support for Serbia and readiness for any possible help in achieving its strategic goal – joining the EU, as well as when it comes to non-recognition of Kosovo, the Minister of Foreign Affairs of Cyprus reiterated.

Dendias pointed out the good perspective of cooperation between Greece and Serbia in the field of energy, security and infrastructure, and at the same time pointed out that they ban migrant flows, assessing that Turkey must strengthen the control of its borders.

The Eastern Mediterranean should be seen as an area of ​​co-operation, not as a sea of ​​military policy. There is no place for such thoughts in the 21st century, the head of Greek diplomacy noted.

He reiterated Greece's support for Serbia on the European path, and specified that the Greek Prime Minister gave an order to do everything to help our country on that path. 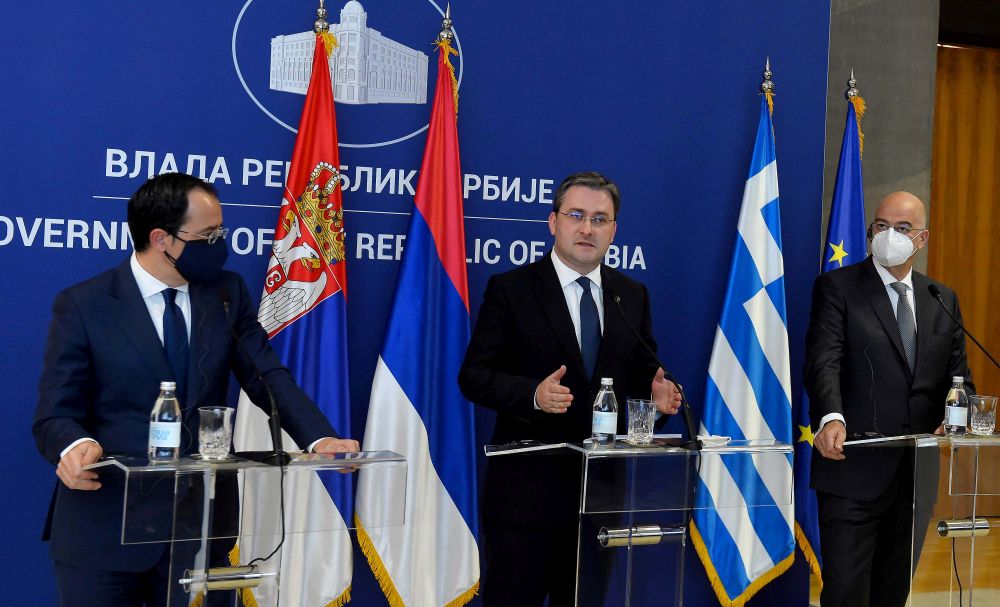