Population census in October this year

The Serbian government adopted today the Bill on Museum Activities, which will provide a systematic approach and regulation of the area of protection of movable cultural property - museum material in a comprehensive and purposeful manner.

The creation of a legal framework will ensure the complete protection and preservation of museum material, as movable cultural property, which will at the same time affect the development of awareness of its importance as part of the cultural heritage.

The government adopted the Bill on Amendments to the Law on the Census of Population, Households and Dwellings in 2021. Due to the epidemiological situation caused by the infectious disease COVID-19, the census that was supposed to be conducted in April this year is postponed for the period from 1 October to 31 October 2021.

The government also adopted the Decree on determining the Programme of scheduling and use of subsidies to support the work of tourist guides and tourist companions due to business difficulties caused by the COVID-19 epidemic.

The decree envisages a non-repayable aid in the amount of RSD 30,900 to licensed tourist guides and companions, who have not been covered by state aid packages on other bases so far.

The government has made a decision to declare old and rare library materials a cultural asset of exceptional importance. With this decision, 720 old manuscripts and printed books created in the period from the 15th to the 19th century are given the greatest categorisation in terms of protection.

At today's session, the Decree on the conditions and criteria for the harmonisation of regional state aid was adopted. The government has set aside RSD 319,804,000 for the implementation of the Programme to support the development of extremely underdeveloped municipalities in 2021.

The general goal of the Programme is to support the encouragement of regional development on the entire territory of Serbia, with special emphasis on encouraging the development of underdeveloped local self-government units, which are classified in the fourth group, whose level of development is below 60 percent.

The government also adopted the Regulation on the rules and conditions for granting de minimis aid, which is now fully adjusted with the European acquis, which is another step towards further harmonisation, in accordance with the obligations under the Stabilisation and Association Agreement. 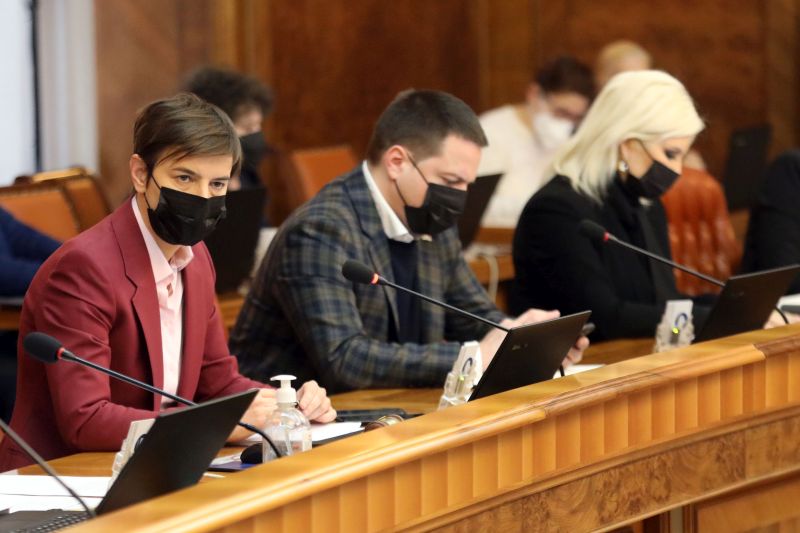