Protocol on continuation of scientific technological cooperation with US signed

First Deputy Prime Minister and Minister of Education, Science and Technological Development Branko Ruzic and US Ambassador to Serbia Anthony Godfrey signed the Protocol on the continuation of scientific and technological cooperation between the two countries.

Ruzic pointed out that this document, which enables the continuation of cooperation between our and American scientists, was signed in Idvor, where the scientist, inventor, professor at Columbia University and honorary consul of Serbia in the USA Mihajlo Pupin was born.

He explained that it is not a coincidence that this document was signed today, because on this day in 1915, the National Advisory Board for Aeronautics was established, of which Pupin was a member.

That institution was the predecessor of the National Aviation and Space Administration (NASA), said Ruzic and recalled that Serbia and the United States are inextricably linked by scientists such as Nikola Tesla and Mihajlo Pupin, for whom America was a second home.

According to him, good bilateral cooperation between Serbia and the United States is very important for the progress and stability of the entire region.

Godfrey pointed out that the unbroken chain of cooperation between the United States and Serbia in science and technology continues from Pupin's work more than a century ago to today's National Aviation and Space Administration - NASA.

According to Godfrey, this framework agreement promotes cooperation between scientists and academics in many other fields, from medicine to archaeology, climate science and beyond. 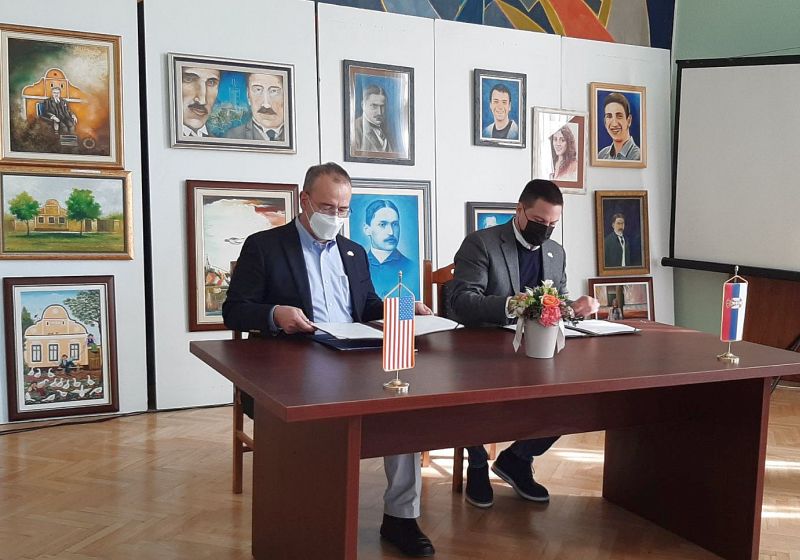