Record budget allocations for treatment of patients with rare diseases

At today's session, the Serbian government made a decision to allocate RSD 3 billion for the treatment of persons suffering from rare diseases in 2021, which is the largest amount so far for this purpose.

Considering that the treatment of these persons is one of the priorities of the government of Serbia, the continuity of allocations from the budget in the last eight years has been ensured.

With record allocations for this year, the state will provide almost 24 times more money in the budget compared to 2012. The funds are intended for patients who are already on therapy, but also for those who are just starting treatment.

The government also adopted the Bill on Amendments to the Law on Determining the Origin of Property and Special Tax.

By adopting the strategy, the development of the start-up ecosystem is set on a formal and systemic basis, and its goal is economic development, GDP growth, export growth and higher employment in our country.

The working group consists of 38 members, representatives of the state, civil and private sectors who will work together, using their knowledge and experience from domestic and foreign start-up ecosystems, to contribute to the content and quality of this document.

At the session, a decision was made on the formation of a working group for the construction of wastewater treatment plants and the connection of sanitary networks.

The government also made a decision on the formation of the National Council for Consumer Protection, which will work as an expert advisory body on improving the consumer protection system. 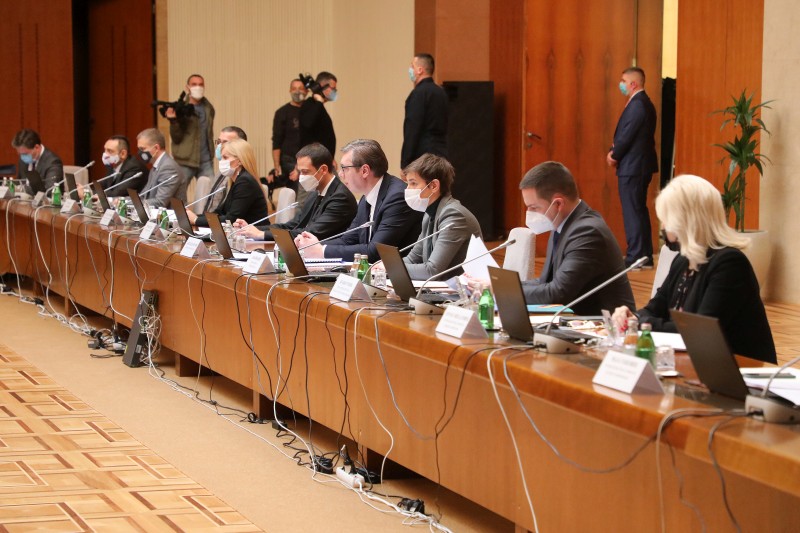