Coordination body for digitalisation of healthcare to be set up

The government adopted the Bill on confirmation of the Agreement between the Serbian government and the Kingdom of Lesotho on cooperation in the field of defence, which establishes a legal framework in the area of defence and security policy, military economic and scientific technical cooperation, military education and training, military medicine and veterinary medicine.

The government adopted the Decree on establishment of the Programme of support to the development of business infrastructure for 2021, for which purpose the funds in the amount of RSD 1,007,940,000 have been set aside.

The goal of the programme is the improvement of development potential of units of local self-government by creating favourable conditions for attracting investments, bettering business environment and creating new jobs.

The programme covers the areas of transport, utility, electric power and other infrastructure, the regulation of public spaces and other projects that are in the function of development of tourism and other branches of the economy.

The government passed the Decree on incentives for the investor to produce audiovisual work in Serbia, with the aim of mitigating economic consequences to the audiovisual production caused by the epidemiological situation in Serbia.

A decision to set up the Coordination body for digitalisation of healthcare of Serbia was adopted.

The digitalisation of healthcare will enable all health institutions to have modern information systems connected into a single system, which will allow for the exchange of all relevant data.

It is envisaged that all citizens of Serbia possess a single electronic card containing data from all health institutions, which would be available to citizens and their doctors at any given time.

Thus connected, the health system will be more transparent, efficient and of better quality, and the budget savings made in this way will be used for public health infrastructure and salaries of employees. 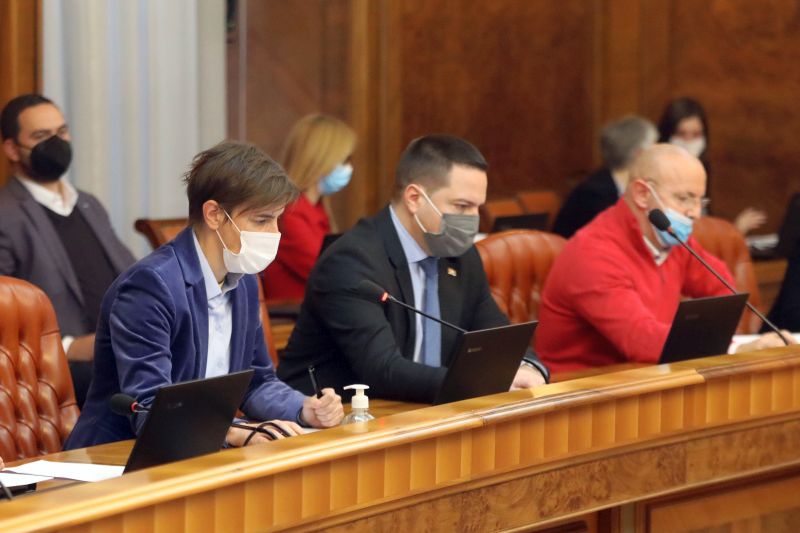