Minister of Defence Aleksandar Vulin and Chief of the General Staff of the Serbian Army General Milan Mojsilovic also attended the ceremonial promotion in the "General Jovan Miskovic" military barracks at Banjica.

With the national anthem "God of Justice", 152 cadets of the Military Academy and the Medical Faculty of the Military Medical Academy were promoted to the first officer rank, as well as a number of future officers from Bosnia and Herzegovina.

Vucic stated that in today's world of insecurity, challenges and unpredictability, Serbia must have a military that will protect the country with pride, courage and boldness and preserve its military neutrality.

The President announced that the state will raise the salaries and standard of members of the military, as well as that we will provide cheap apartments and conditions for them to create a family, at a time when incomes are declining all over the world and where unemployment is high.

He underlined that the whole state is proud of its military, which is one of the most important institutions of the state in which the citizens have great trust.

The institutions of military education in Serbia are achieving exceptional results, and our officers have shown exceptional education, said the President and handed over pistols to the most successful lieutenants. 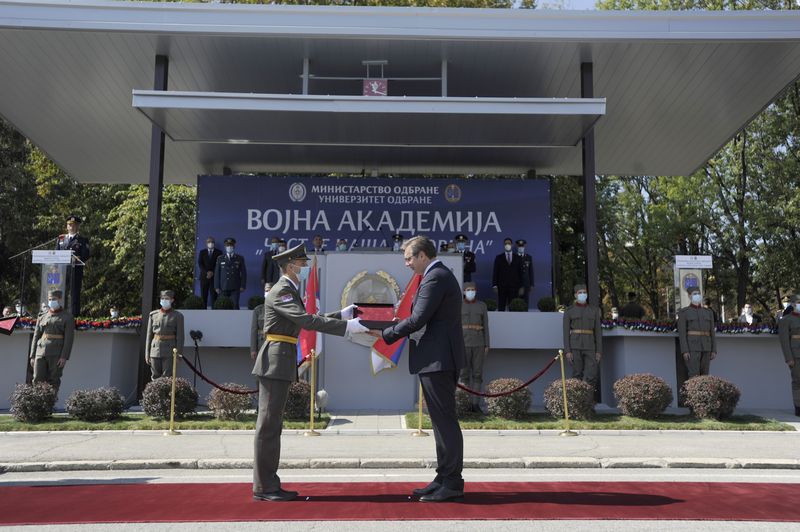