Temporary halt of military exercises, activities with all partners

Minister of Defence Aleksandar Vulin announced that the government made a decision at today's session to suspend all military exercises and activities with all partners in next six months.

After the government session, Vulin stated that our country is under great and undeserved pressure from the European Union, recalling that Serbia, by the decision of the Serbian parliament, is a military neutral country.

We are asked to abandon the planned military exercises with Belarus, at the cost of abandoning our European future and at the cost of even greater pressure on our policy, but also on our people in Kosovo-Metohija and Republika Srpska, the Minister said.

In order to preserve the position of military neutrality, avoid or at least reduce the consequences of intensified attacks on our country, politics and economy, the Serbian government has decided to stop all military exercises and activities with all partners in next six months, without difference, the Minister explained.

In the coming period, we will not participate in any exercises or military activities with NATO, the CSTO, the Russian Federation, the United States, China, the EU, the East or the West, Vulin stated.

According to the Minister, our participation in peacekeeping operations will be specially considered and, if necessary, suspended. 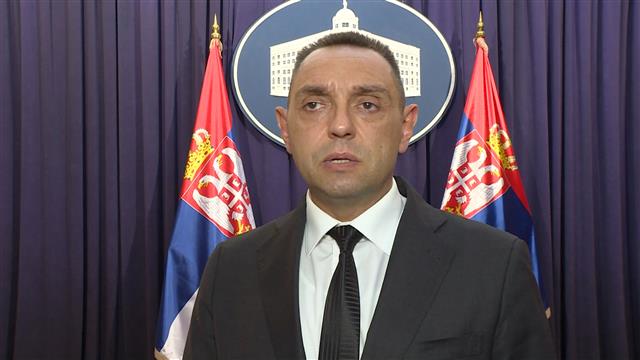