Prime Minister Ana Brnabic participated today in a video conference on ecosystems, organised by the prestigious British business magazine "Financial Times" (FT) and its platform "The Next Web" (TNW), which organises annual series of conferences with a focus on new technologies and start-ups in Europe.

Brnabic spoke about the process and importance of digitalisation in Serbia, both in the public sector and in the economy, and support for start-up companies and firms, which has unquestionably contributed to the development of the Serbian economy.

The Prime Minister especially highlighted the success and increase of efficiency in the introduction of digitalisation in the education sector, emphasising that the goal of the government she heads was the reform of education and preparation of young people for jobs of the 21st century.

She also referred to the necessity of creating modern conditions for earning, both for children and teachers, because by investing in education, we invest in our own future.

According to Brnabic, as a result of education reforms in Serbia, informatics was introduced as a compulsory subject in primary schools, and children have the opportunity to learn computer programming from an early age.

She also referred to a successful organisation of online school classes immediately after the onset of the coronavirus crisis in Serbia, which provided many inspirations for future effective learning and teaching in our country.

Brnabic said that she is proud of the numerous services that are available to citizens in Serbia within the framework of electronic administration, as well as of the various benefits and cost savings that it has provided.

She pointed out that the digitalisation of the health sector is one of the main priorities and future plans.

Another priority is certainly biotechnology. We will be very dedicated to this topic because we believe that it can contribute to a greater competence of Serbia at the world level and that our country has a lot of potential, scientific researchers and talented innovators in this field, the Prime Minister underlined. 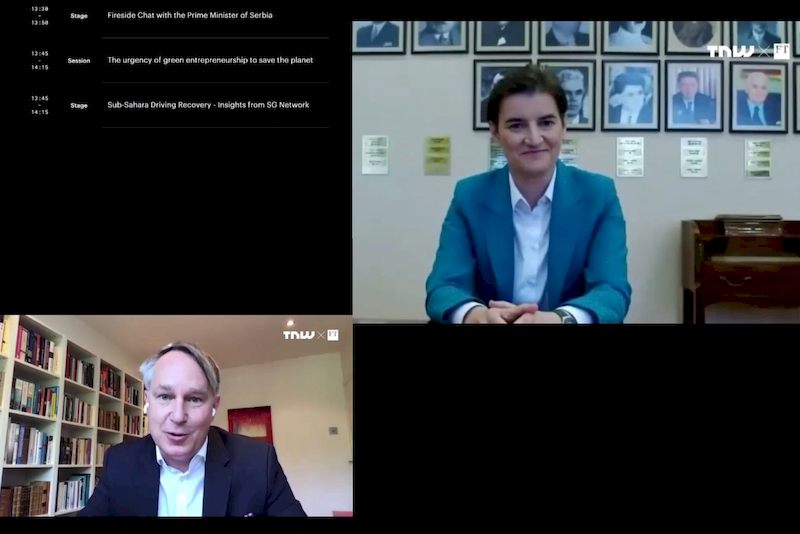